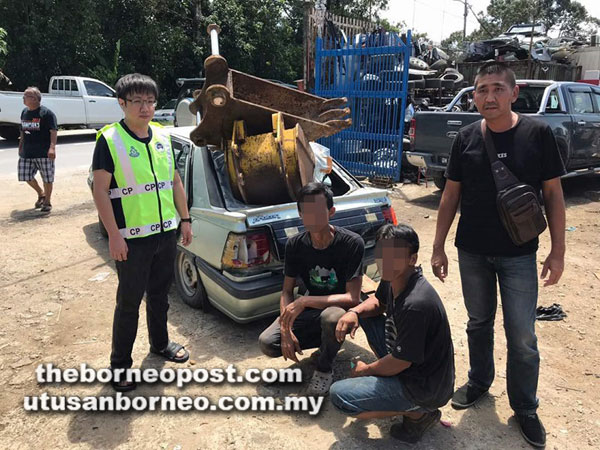 Community Police personnel stand over the squatting suspects pending the arrival of police.

MIRI: Two men were handed over to the police after they were caught trying to sell stolen scrap metal at a recycling premises in Riam, here yesterday morning.

The duo, in their 30s and 40s, was initially spotted by a house owner transporting the stolen items in a vehicle while he was travelling from Taman Tunku to Kampung Lusut.

Recognising some of the items, he rushed back to his house to check and, upon confirming that the items being transported by the men came from his compound, immediately doubled back and went after the pair.

He managed to track the suspects to the recycling premises and contacted a Community Police team for assistance to apprehend them.

The suspects have been placed in the police lockup pending further investigation.