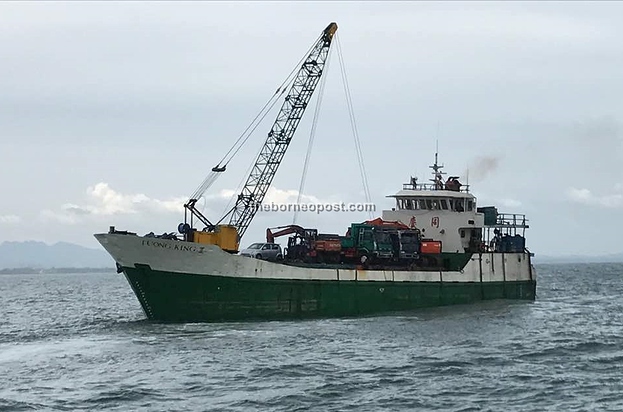 The vessel being towed ashore by the MMEA.

The vessel was detained for having an incomplete manifesto and is suspected of committing an offence under the Merchant Shipping Ordinance 1952/1960 and Customs Act.

According to MMEA DM13 director, Captain Md Fauzi Othman, the suspicious vessel was first sighted at 10.10pm by a MMEA patrolling boat.

“At 10.27pm, our patrol boat managed to approach the cargo vessel at about 9.5 nautical miles from Bakam and inspected the vessel,” he said.

Upon inspection, Fauzi said the vessel registered with the name Tuong King II, was found to be ferrying six heavy vehicles, two four-wheel drive vehicles, a Toyota Camry, a Myvi, a Vespa and several pallets of empty liquor bottles.

The vessel’s crew, including the skipper, were also detained to assist in the investigation.

Looks like the vessel Tuong King II is now in the Miri River: 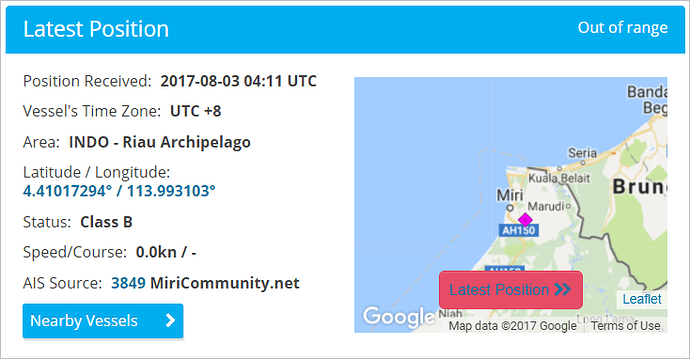