Car wrecked in crash to avoid a dog 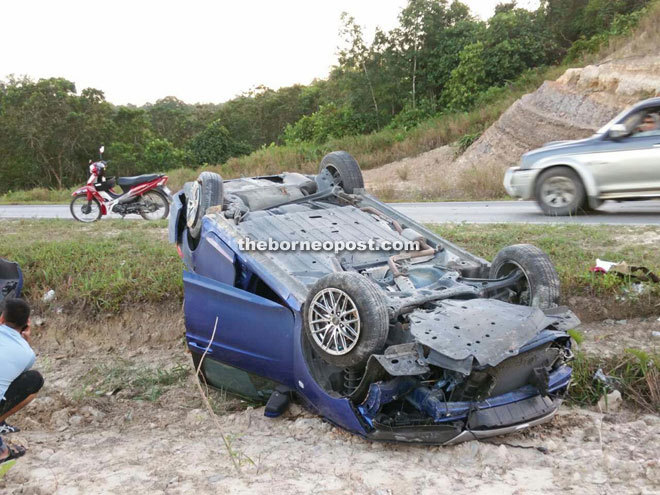 MIRI: A motorist in his 20’s crashed and wrecked his car while avoiding a dog which was crossing the road in Lambir late Saturday.

The motorist was heading towards the city centre from Bekenu when he suddenly saw the dog crossing the road.

It was believed he crashed onto the roadside kerb as he was trying to avoid hitting the dog and his car turned turtle. He escaped unhurt albeit shaken in the 6.30pm incident.

The dog apparently was only too happy to leave the scene without a scratch.