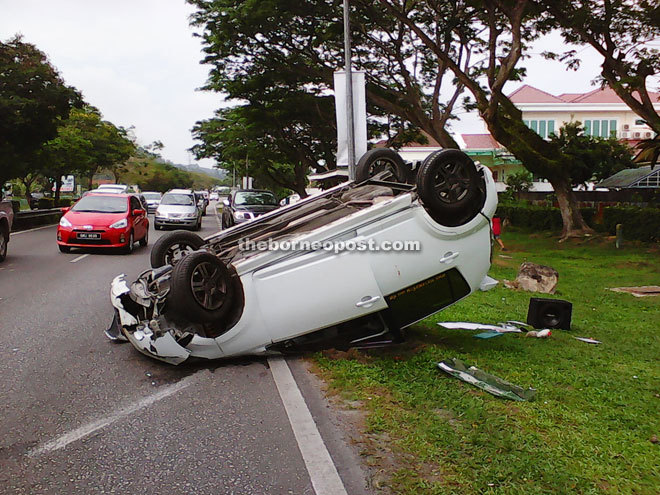 The car ends up landing upside down on the opposite lane of the road.

MIRI: A man, in his 20s, emerged from an accident at Pujut-Miri Road yesterday morning with only minor injuries.

It is learnt that the man, who was travelling alone at the time, lost control of his car which ended up flipping over a few times before landing turtle on the opposite lane of the road.

According to a witness, the incident occurred minutes before 10am.

“He was fortunate to have only sustained minor injuries.

“Just as his car was about to land, there was another (car) approaching that section of the road. Luckily, the driver of that car managed to turn away just in time,” the witness said.