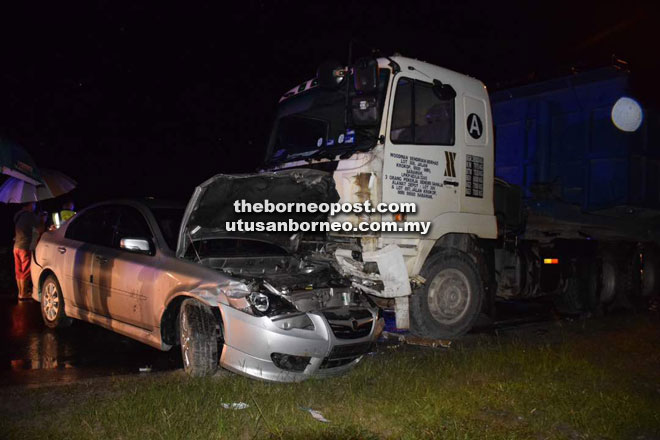 The scene of the pile-up at Miri Bypass.

MIRI: A pile-up of six vehicles – five cars and a lorry – occurred at Miri Bypass here around 8.30pm on Thursday.

It started when one of the cars made an abrupt right turn at a junction.

As a result, the lorry behind the car could not stop in time, causing the four cars behind the lorry to crash one into another.

Almost all vehicles involved were damaged at both the front and the rear sections. The occupants of the vehicles were brought to Miri Hospital for treatment.