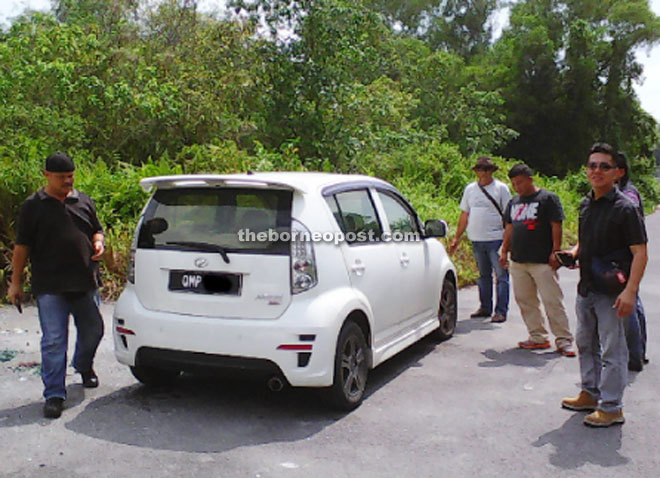 CID personnel seen inspecting the car at the location where a villager spotted the parked vehicle.

MIRI: A car reported stolen during a house burglary a week ago in Permyjaya has been recovered intact near the orchards of Kampung Merikan in Lutong yesterday afternoon.

The discovery was made around 2pm, by a villager who had spotted the car, parked in the area for the past three days.

located about 12km from city centre.

They immediately inspected the car for possible foreign fingerprints.

It was understood that the car was reported missing by its owner a week ago during a house break-in.

A report on the incident has been filed at Lutong police station.