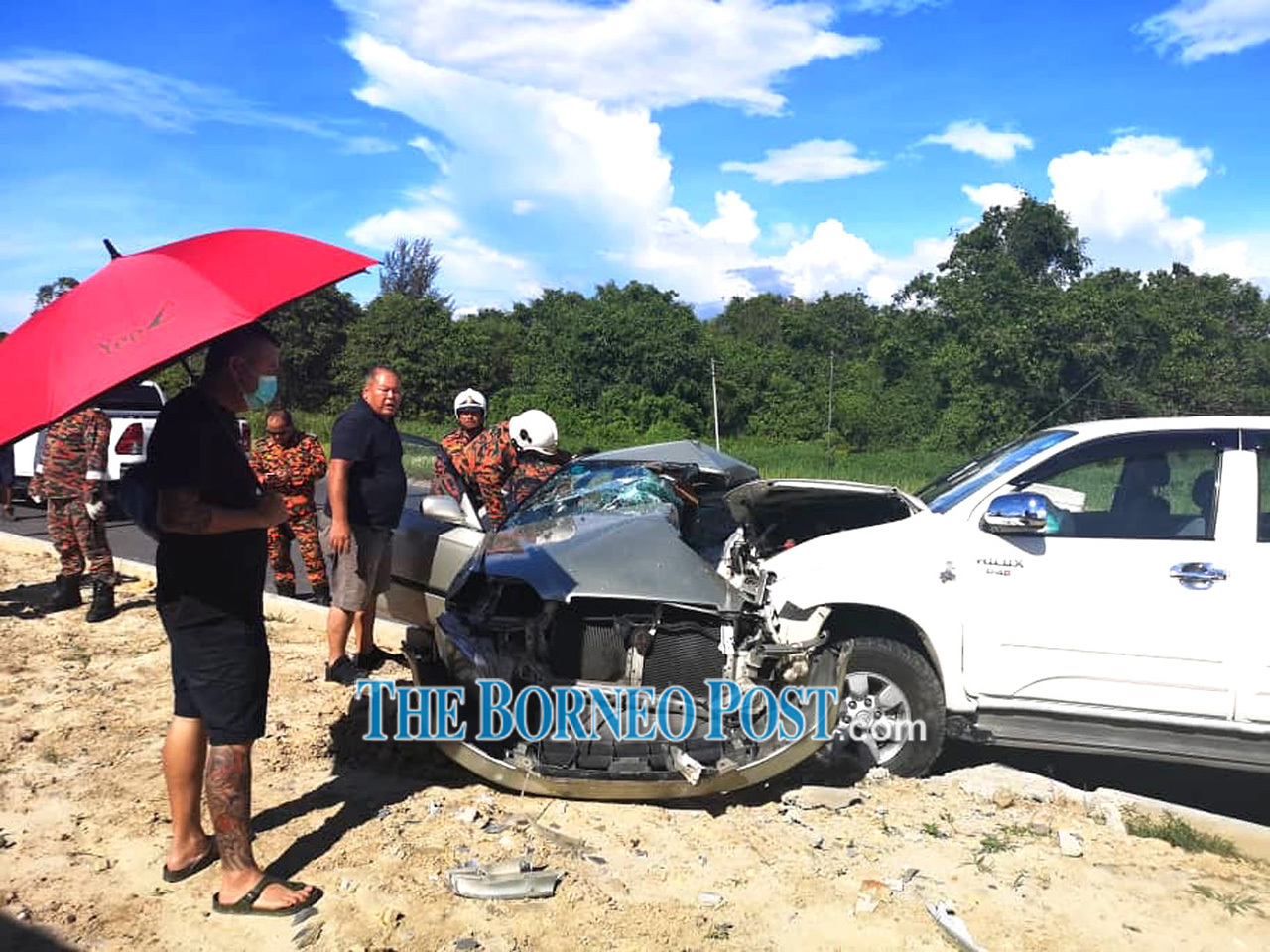 Fire and Rescue Dept personnel extricate the victim out of the car.

MIRI: A car driver, in his 20s, sustained serious injuries following an accident that occurred at Miri Bypass here around 3.30pm yesterday, which also involved a pick-up truck.

It is learnt that the victim was heading towards the airport from Pujut when he allegedly lost control of his car, which then veered into the opposite direction – causing an oncoming pick-up truck to ram into him.

The impact of the accident caused the victim to be pinned to his seat, and sustained serious injuries.

He was rushed to Miri Hospital in an ambulance.

The driver of the pick-up truck was unhurt.

It was reported that car driver died while receiving treatment.