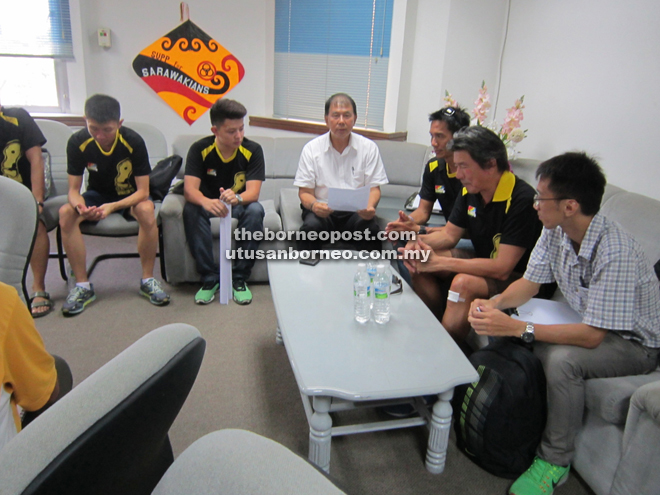 Ting, who is patron of the challenge said people and others, particularly the younger generation, would be able to know the significance of Canada Hill to the history of the city and the local community.

“It is worth to be promoted as a place of interest among tourists and visitors alike.

“Canada Hill is the fist place in Miri where oil was first struck, which transformed the fishing village into a booming oil town and now a Resort City,” Ting added.

The top of the hill is where the first oil well was sunk. The significance of the oil industry to Miri’s development and transformation is reflected through the building of Petroleum Museum on top of Canada Hill.

Earlier, Ting received a courtesy call from the organising committee of Bulatan Park Runner Club, at his office here yesterday.

From a humble beginning of more than 200 runners in its inaugural run four years ago, the run is now participated by runners from outside Miri and the country including those from Limbang, Kuching, Bintulu, Sabah and Brunei and also from as far as Kenya.

“From the runners’ feedback, the run is different as they run along hilly and rugged terrains, including jungle bushy trails instead of flat land and road,” said Ting.

Ting commended the organising committee for their initiative in promoting Canada Hill as a place of interest, recreational and sporting activities, such as Hash run, running and hiking smack in the city centre.

Apart from promoting healthy and active living, the Piasau assemblyman also commended Bulatan Park Runners Club for taking care of the welfare of the less fortunate people in society.

The family-oriented event is divided into nine categories and the closing date is Sept 18.

Those interested to participate in the run may collect the entry forms from Share Tea at Boulevard commercial centre and Siag Wei Boon (0168789396).