In a show of solidarity with her ally Israel, Canadian Foreign Affairs Minister John Baird has announced a total trade embargo on Iran, adding 30 individuals and 82 entities to an economic blacklist and banning almost all exports to and imports from the country. Exception is granted on certain communication tools, in which Canada hopes would be used as a potential tool for regime change in Iran. The decision is celebrated in Israel. 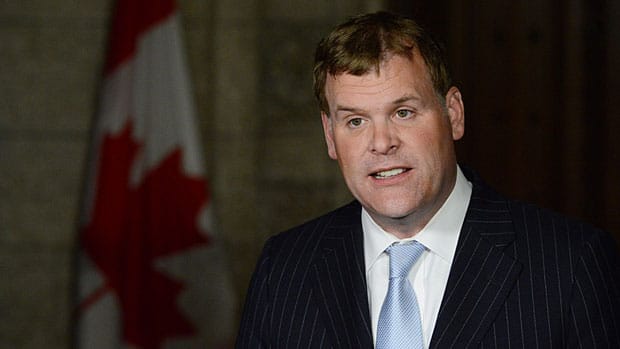 “Canada’s new sanctions include exemptions for technologies that protect Iranians online and help them break through the regime’s curtain of propaganda,” said a release announcing the latest round of economic measures. The fine print describes the technologies as “equipment, services and software that facilitate secure and widespread communications via information technologies.”

“Canada continues to have grave and sincere concerns over Iran’s nuclear program, their abhorrent human rights records and their continued support for international terrorism around the world,” Foreign Affairs Minister John Baird said Wednesday when he announced the measures in the foyer of the House of Commons. “Today we are compelled to take further actions against this reckless and irresponsible regime,” he said.

“Canada, like many of our closest allies, is taking every possible effort to halt Iran’s pursuit of nuclear weapons capabilities,” Baird said. “The path of nuclear non-compliance will only bring further isolation for Ayatollah Khameini’s clerical, military dictatorship.” Round after round of sanctions have been imposed on Iran both by the United Nations and its member states since 2006.

Earlier this week, the proof of their effect on the Iranian economy was reflected in the approval of a new Iranian state budget which was 36 per cent less than the year before. Western sanctions have also collapsed the Iranian currency, now set at 35,000 rials to the dollar, nearly triple the rate of last year.

This came as The Associated Press carried a story last week on report by the UN atomic agency detailing rapid Iranian progress in two programs that the West fears are geared toward making nuclear weapons. In the confidential report obtained by the AP, the International Atomic Energy Agency said Tehran had installed close to 700 high-tech centrifuges used for uranium enrichment, which can produce the core of nuclear weapons.

It also said Tehran had added hundreds of older-generation machines at its main enrichment site to bring the total number to over 13,000. The latest round of Canadian sanctions comes after talks last month between Iran and the United Nations Security Council, as well as Germany, failed to reach an agreement on Iran’s nuclear program. The European Union has ratcheted up its own economic penalties against Iran, but has stopped short of a total trade ban.

The Conservative government of Prime Minister Stephen Harper is a staunch supporter of Israel. He has ratcheted up the condemnation of Iran over a wide range of issues, from Tehran’s nuclear ambitions to its human-rights record, while bolstering Canadian relationship with Israel to new high. Earlier this month, Mr. Harper chided Western leaders at an appearance in New York for softening their support of Israel, though he didn’t provide specifics.

Last year, Canada terminated diplomatic relationship with Iran, a move that was swiftly applauded by Israeli Prime Minister Benjamin Netanyahu. “Canada views the government of Iran as the most significant threat to global peace and security in the world today,” the foreign minister said in a statement that time. “Under the circumstances, Canada can no longer maintain a diplomatic presence in Iran.”

Canada established formal relations with Iran in 1955. When Iranian students stormed American embassy and took 52 officials hostage in 1979, 6 American diplomats managed to take refuge in the Canadian embassy, who evacuated them from the country safely using Canadian passports with forged Iranian visas. The embassy staff were quickly evacuated for fear of retribution against Canadians. This covert rescue angered Ayatollah and CanadaIran relations became more volatile.

Relation worsened in 2003 after Zahra Kazemi, an Iranian-Canadian freelance photographer from Montreal, was arrested while taking pictures outside a prison in Tehran. Three weeks later, she was killed in custody. After finding out that Kazemi’s body showed obvious signs of torture, including a skull fracture, broken nose, rape and severe abdominal bruising, Canada publicly condemned Iran in the United Nations.

In 2006, the conservative-dominated parliament in Iran accused the Canadian embassy of being a “den of spies” for the United States and launched a query to investigate. Iran decried the “the racist government in Canada who is a puppet of Zionist and British dictated policies.” In addition, Iran alleged that Canada has an “extremist government that is a threat to international security and stability.” In 7 September 2012, Canada closed its embassy in Iran claiming the Mullah’s government is neither sane nor rational to deal with.