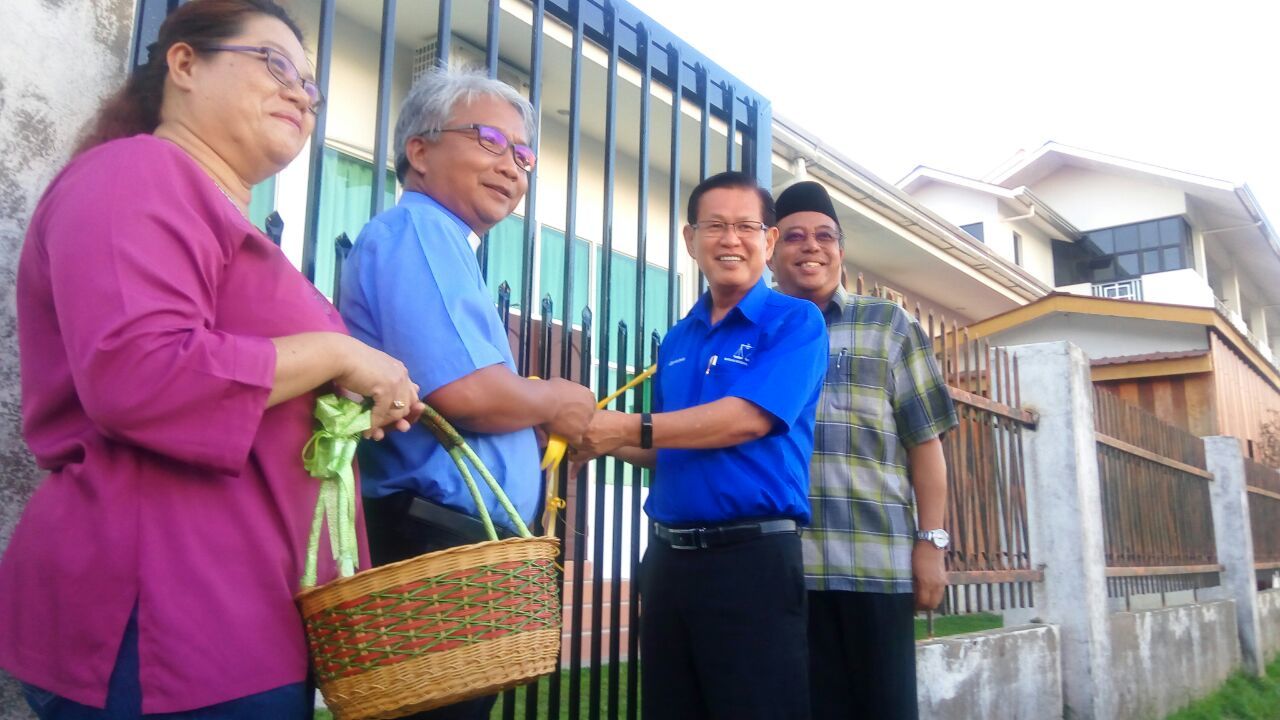 Lee (second right) cutting the ribbon on the newly constructed gate of the church which opens to the new carpark.

MIRI: Barisan Nasional candidate for Senadin, Datuk Lee Kim Shin praised the good relationship between Muslims and Christians here, saying that such camaraderie could only be seen in Sarawak.

“Such relationship is nothing new in Sarawak, so let us showcase our uniqueness to the world,” he said during the launching of An Naim Mosque’s new carpark in Lutong today.

The carpark is being shared with Good Shepherd Church Lutong located next to the mosque. 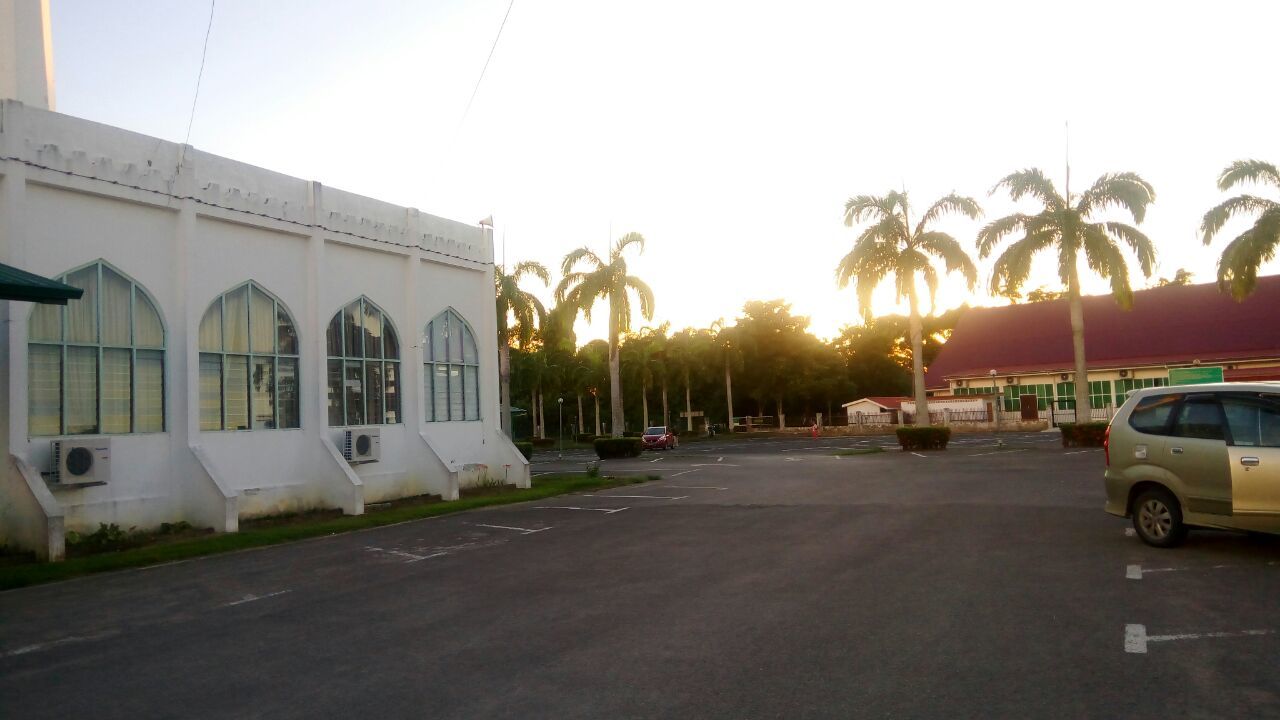 “I am very proud to witness such religious tolerance. This should be set as a good example especially for those in the peninsular,” he said.

Also present during the launching were the church vicar, Father Donald Jute and the mosque committee chairman Ithnaini Bohari.

In fact, Ithnaini was the one who had requested the project to include a gate behind the church to enable easy access for church-goers utilising the car park.

Meanwhile Father Donald on behalf of the parishioners, expressed his gratitude to Ithnaini and all the mosque committee for showing such kindness.

“We are thankful to our Muslim brothers and sisters and we will always treasure this good relationship,” he said.