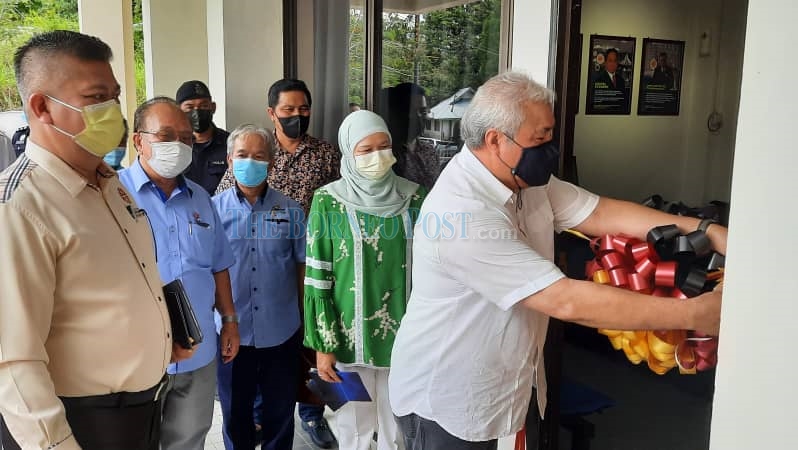 Awang Tengah (right) launching the Land and Survey Department office in Lawas as others looks on. He had earlier handed over TOL to land owners in Banting and Kampung Punang.

He said TOL recipients would also be blacklisted by the Land and Survey Department if they are found to have sold the land allocated to them by the state government.

Awang Tengah, who is also Second Minister of Urban Development and Natural Resources, said the lots were allocated to them to build the house for them and their family, and they were prohibited from selling the land.

“The department will not recognise any TOL land sale transaction and it would be akin to buyers merely buying hot air,” he said at the presentation of TOL to recipients at Banting Resettlement Scheme Phase IV and Kampung Punang village extension Phase II in Lawas earlier this week.

Awang Tengah said the state government was caring and concerned over the burden faced by the people and this has led to halving land premium or RM2,500 to be paid by recipients.

“Only Sarawak provides this kind of assistance of low land premium which could be paid in installments if recipients could not pay upfront, “ he said.

He said infrastructure provided for both resettlement and village extension schemes has also been upgraded under the 12th Malaysia Plan.

This will include tar-sealed roads, cement drainage system and supply of treated water and electricity.

The deputy chief minister said this involved substantial allocations by the state government as the cost per lot was about RM 100,000.

Recognising the need for these schemes in Sarawak, Awang Tengah said it would continue to be extended throughout the state.