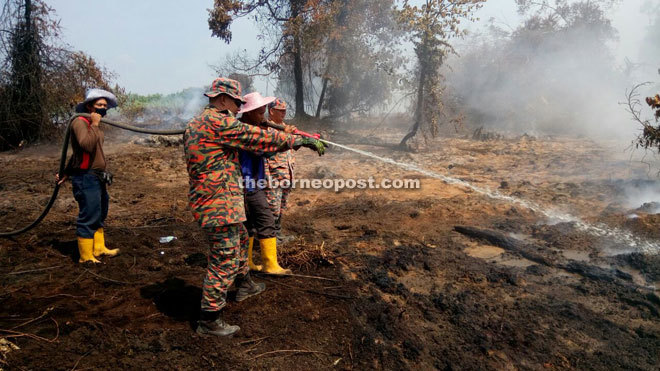 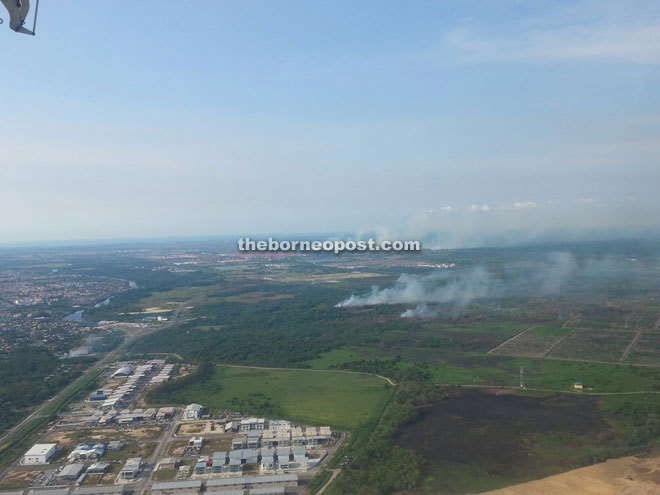 Bush fires in Miri can be seen from the air.

MIRI: Bush fires in peat soil areas coupled with the dry spell have caused this city to be among the two areas in the country recording an unhealthy Air Pollutant Index (API) reading.

According to the Department of Environment (DOE) website, the API reading here as at 4pm yesterday was the highest in the country at 144, followed by Port Klang, Selangor at 106.

Law said two areas with bush fires were at the roadside of the Miri Gokart Racing Track in Permyjaya and areas behind the Eastwood Valley Golf and Country Club.

He said bush fires were also reported in Tukau and at the roadside in Lambir heading towards the Lambir National Park.

Ten Bomba personnel led by senior fire officer II Henry Jugah were deployed to control and put out the bush fires in Permyjaya with the help of 27 volunteer firefighters from Naim Cendera.

For the operation at the Eastwood area, he said Bomba personnel were supported by 18 volunteers from Samling and Woodman. The two companies also deployed six excavators to assist with the operation.