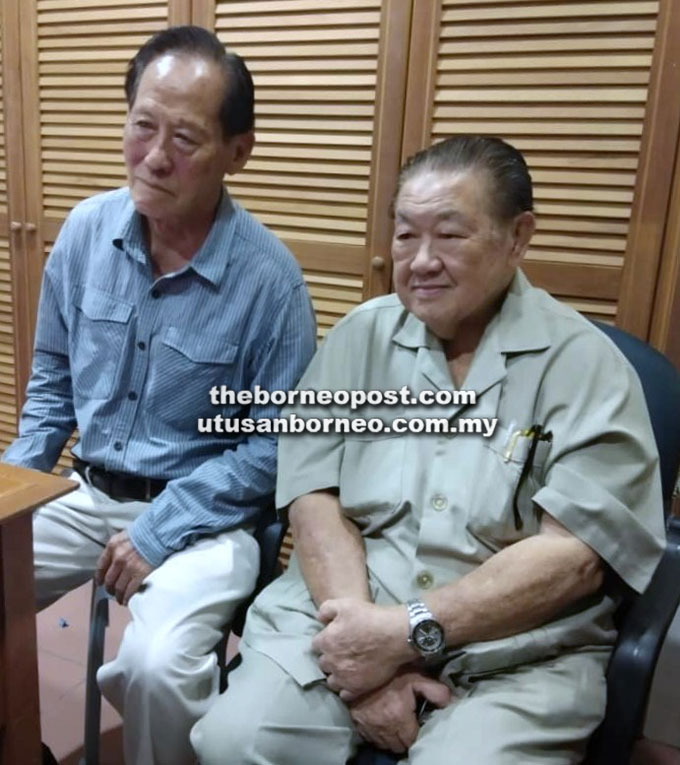 Lau (left) and Wong field questions from the media.

SIBU: The Sarawak Chapter of Malaysia Budget Hotel Association (MyBHA) has voiced dissatisfaction over the imposition of tourism tax, arguing it is too taxing for their guests.

Tourism Tax (Ttx), which came into effect on Sept 1, 2017, charges a flat rate of RM10 per room per night on foreigners staying in hotels or registered private accommodation.

The chapter’s chairman Lau Nai Meng told a press conference here yesterday that he noted even members in Peninsular Malaysia had expressed unhappiness over the matter.

He said the imposition of tourism tax has made them uncompetitive because unlicensed hotel operators are capitalizing on it to offer lower room rates.

His deputy chairman, Johnny Wong, also said most budget hotels are very unhappy with the tax.

“Budget hotels charge a minimum rate of between RM40 and RM50 (per night) and if RM10 (tourism tax) is added, it is very heavy for our clients.

Bear in mind that they are from the lower-end category with tight budget.

“That is not the case with those who stay in star-rated hotels who could afford to pay more,” Wong said, and called for a review of the matter.

He recalled a proposal previously to impose only RM2.50 in tourism tax on budget hotels.

Sarawak chapter is using the zoning system for better administration.

Zone One for Kuching, Zone Two for Sibu and Zone Three for Miri.

It is understood there are over 200 budget hotels (2 stars and below) in Sarawak.