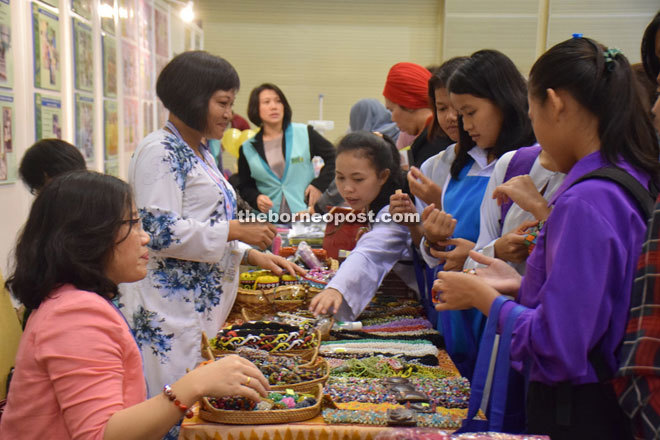 KUCHING: The seventh edition of Borneo Post International Education Fair (BPIEF) ended on a commendable note yesterday, having drawn a turnout of 6,500 despite the recent flash floods around the city.

Total visitors also included about 1,000 students from 25 secondary schools around Kuching, Samarahan, Bau and Serian, who had the opportunity to gain more insight about education from 93 exhibitors manning 130 booths at Borneo Convention Centre Kuching (BCCK) throughout the past two days.

However, he noted that there were more students visiting the fair, especially on Saturday.

“There is more variety of exhibitors this year, including the participation of the Armed Forces, to enlighten public on career prospects available,” he said.

Notably, Dorge pointed out that BPIEF 2016 had brought in the genuine, targeted crowd — students who came all the way from Sibu, Bintulu and Miri to visit the fair.

“They’re determined to visit (BPIEF 2016), regardless of the weather, to look for information and which institution to go for to further their studies. As for next year’s BPIEF, I hope for good weather in addition to more crowds,” he added.

There were at least 10 speakers presented during the ‘Reach Out’ programme and sharing sessions — among them entrepreneur, educator and writer Esther Law, who motivated and encouraged students to put their dreams to the test.

Other activities held were the two-day blood donation drive by Sarawak General Hospital, a baking demonstration, as well as makeup and massage sessions.

BPIEF is The Borneo Post’s corporate social responsibility (CSR) project that aims to give something back to the community, and also to the readers who have been supporting the group throughout the years.

It is also run to complement the state government’s effort in education for all by bringing in various institutions from around the world, so that both students and parents can access to information on the options furthering studies or getting certified for skills acquired for certain jobs. 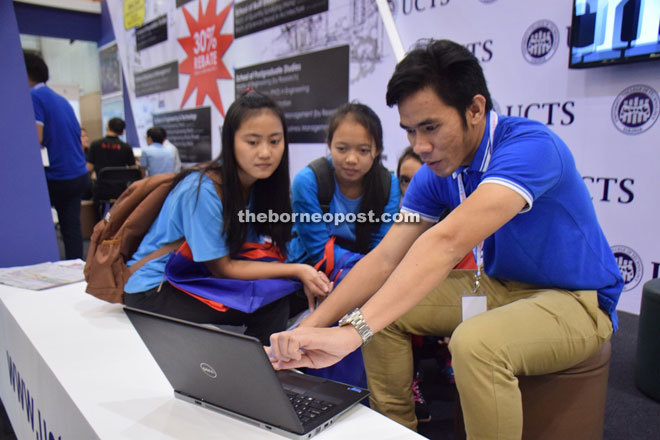 A UCTS representative shows some young visitors a presentation on a laptop computer. 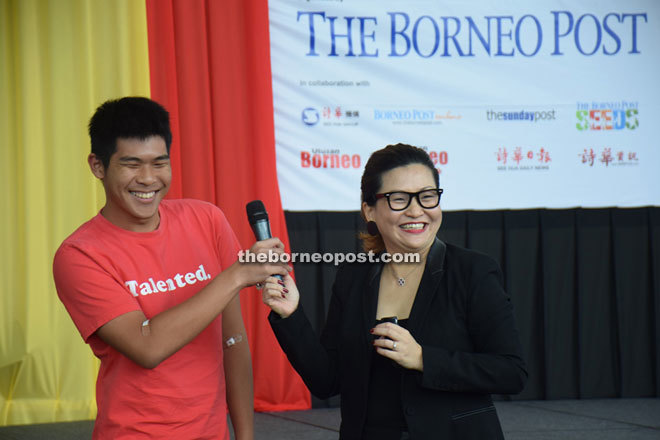 Esther Law interacts with a participant during one of BPIEF’s ‘Reach Out’ sessions. 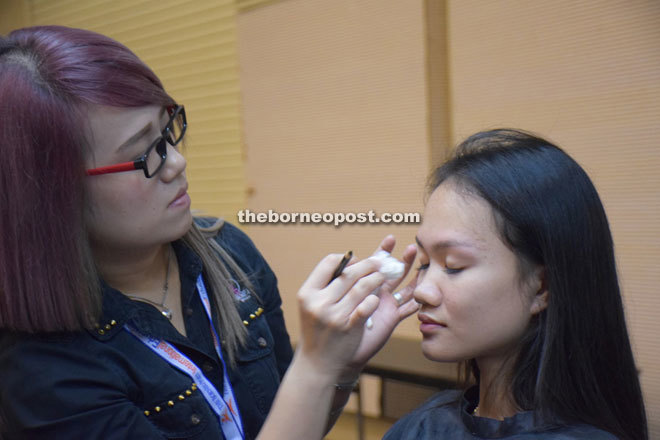 A crew members from Maison Monica Hair & Beauty Academy shares some makeup tips during a demonstration.