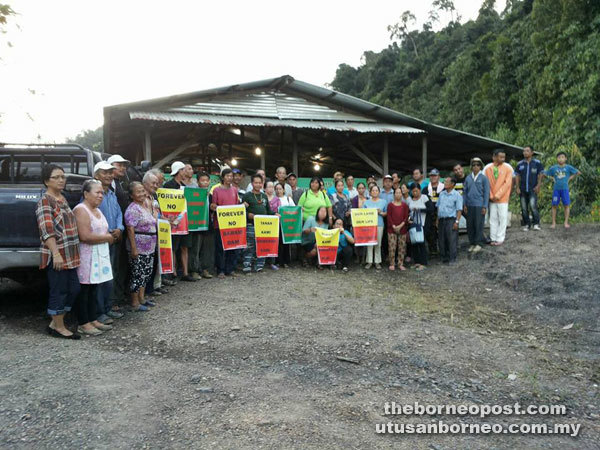 Villagers and members of the BPAC at the blockade.

MIRI: The Baram Protection Action Committee (BPAC) will continue to conduct blockage at KM15 section of Long Keseh Ulu Baram timber road to ensure that there would be no activity at the site that was initially meant for the development of Baram dam.

PKR Baram secretary Dennis Along – also a BPAC member – said the blockade would also serve to detect and stop any illegal logging activity there.

According to him, there has yet to be anything in black-and-white from the government regarding the Baram dam project, despite its cancellation as announced by Chief Minister Datuk Patinggi Tan Sri Adenan Satem.

“We will continue the blockade at KM15 to ensure that there would be no activity, including illegal logging, as the Baram dam site. If there was, we would put a stop to it,” he said in a statement yesterday.

Dennis also suspected that there had been a number of companies eyeing the area to run illegal logging operations.

“As such, the BPAC would be more alert from now on. Nobody can simply enter these protected areas,” he stressed.