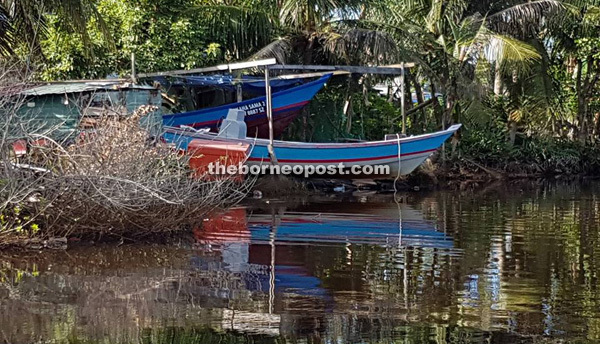 Photo shows two Suluk fishing boats berthed along the Miri River, which were detected by the Fisheries Department recently.

MIRI: The Miri Fishermen’s Association claims there are still some Suluk fishermen who have managed to evade the authorities.

“We want the enforcement agencies to monitor these foreign fishermen’s illegal fishing activities,” he told The Borneo Post when contacted yesterday.

According to Jamali, local fishermen have reported a drop in the number of foreign fishermen but claimed some still continue to defy the authorities.

He said this could be because it is currently a good season for fishermen around Miri and Bintulu waters.

He said the agency has yet to detect illegal foreign fishermen, but would continue to work closely with other relevant authorities.

It is understood that some Suluk fishermen have been spotted using boats bearing tourism licence numbers to mask their activities.