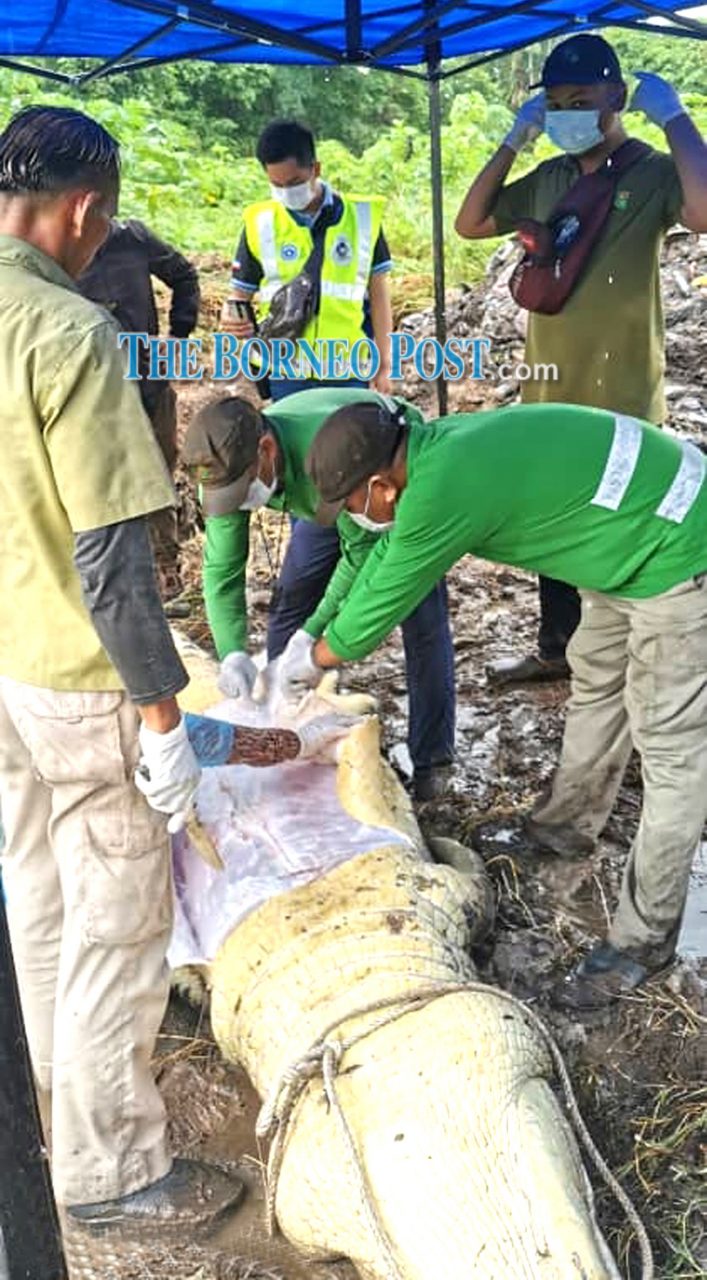 The abdomen of the crocodile being dissected and some body parts were found inside.

MIRI: Human body parts were found in the stomach of a 4.2 metre crocodile which was captured and culled on December 5.

The reptile was suspected to have attacked an Indonesian oil palm plantation worker, Asbullah Daeng Situju, 37, while he was wading in a shallow stream at Kuala Suai on November 25.

According to the Sarawak Forestry Corporation (SFC) press statement yesterday, immediately after the attack, they dispatched their Swift Wildlife Action Team (SWAT) to the location to hunt down the crocodile.

“In the operation held from Nov 29 to Dec 6, 5 baited ‘hook-and-line’ traps were set up along the river and
we managed to cull a big crocodile measuring 4.2 metres in length.

“A post-mortem was conducted on the reptile and some body parts were found inside the crocodile’s abdomen and they were sent to the police for their further action,” said SFC chief executive officer, Zolkipli Mohamad Aton.

He thanked Batu Niah Police Station, management of the oil palm plantation and the local community for their assistance during the operation.

Members of the public are reminded to notify the nearest SFC or Sarawak Forest Department offices of any crocodile sightings in their areas and not take matters into their own hands as these reptiles are dangerous.