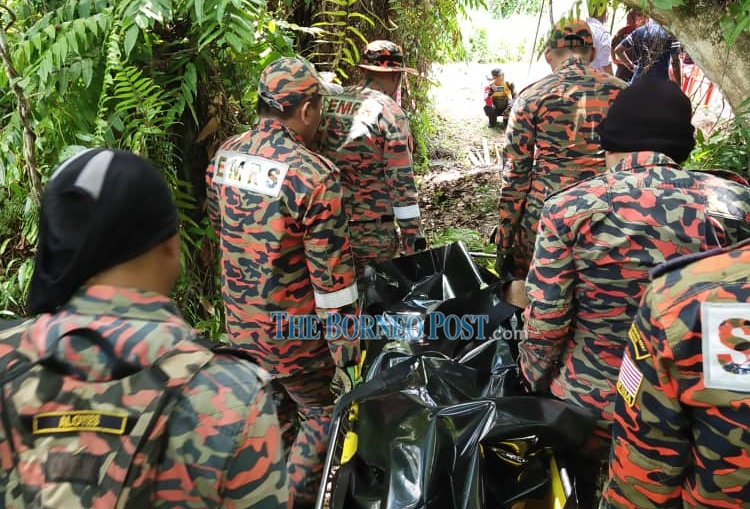 The SAR team bringing the body out from the bushes to be sent to Miri Hospital.

MIRI (Sept 20): The Search and Rescue (SAR) team has found the body of 70-year-old Razaniee Tali who was reported missing after he went into the bushes at Jalan Padang Kerbau near Miri Hospital to look for vegetables yesterday morning.

Miri Fire and Rescue Department (Bomba) chief Law Poh Kiong in a statement said Razaniee’s body was found in the bushes at about 200 metres from the operations control centre at the roadside by SAR team with the help from a police tracker dog at 11.10am.

Law said a SAR operation was launched last night after Razaniee was reported missing after the victim’s family member had lodged a missing person’s report.

Razaniee was reported to have left his house early yesterday to go into the bushes to look for vegetables.

According to a family member, he would usually return home in the afternoon.

However, until 5pm yesterday, the victim did not return home and his family members had tried to look for him in the bushes which he would usually go into to look for vegetables, but they only managed to find his hat and vegetables that had been left by the bush.

Bomba, which was alerted after the missing person’s report was lodged at Miri Central Police Station at around 11.25pm then dispatched four personnel from Miri Central fire station to the location.

The SAR operation was also participated the victim’s family members.

The body has been sent to Miri Hospital for a postmortem.