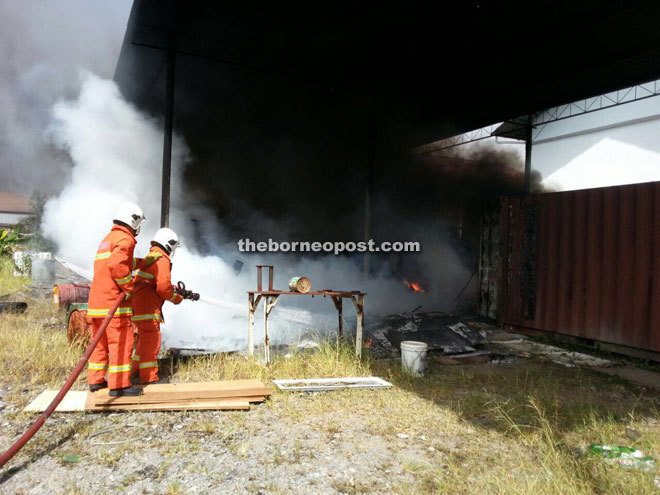 Firemen dousing the fire at the factory located 20km away from Miri.

MIRI: A fire broke out at an unoccupied factory in Permyjaya Technology Park in Tudan yesterday afternoon.

Fortunately, swift action by personnel from the Lopeng fire station prevented the fire from spreading to nearby factory buildings when they put the blaze under control within minutes.

The fire was first spotted around 2pm and an emergency alert was raised at 2.10pm. Thick smoke was billowing from the building.

Seven firemen immediately fought the raging fire that engulfed metal scraps and also sawmill cutting machine inside the unoccupied factory. It is understood that the factory was left vacant following the Raya holidays. It is located about 20km from the city centre.

The actual cause of the incident has yet to be determined.