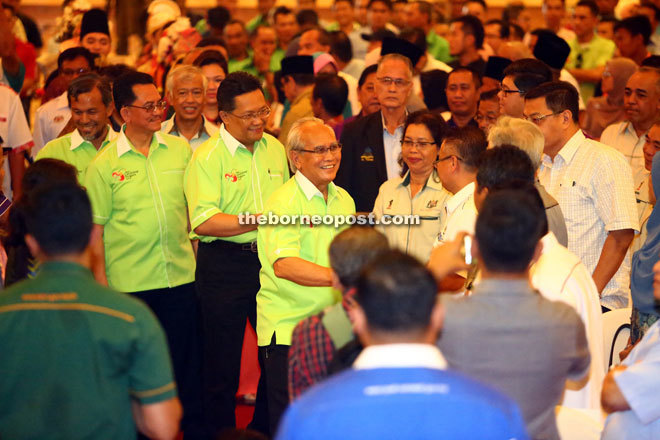 KUCHING: The Municipal Landscape programme which aims to establish a seamless, well connected open and green space is being implemented as a pilot programme in Alor Setar, Batu Pahat, Pekan, Tawau and Bintulu, Sarawak.

Urban Wellbeing, Housing and Local Government minister Datuk Abdul Rahman Dahlan said his Ministry through the National Landscape Department would implement the programme in other cities and towns in the country if the pilot programme proved successful.

“A total of RM15 million have been allocated for the programme and in two years’ time, the landscape of these cities will change and be rejuvenated for the use of all communities,” he said at the National Landscape Day 2016 held at the old State Legislative Assembly (DUN) building, here, yesterday.

Abdul Rahman also urged local councils in the state to provide pocket parks, which he believed could help strengthen healthy lifestyle among the people.

“I have suggested this before and I will repeat it again for the establishment of more pocket parks or small parks in municipal areas to catalyse healthy lifestyle. We need to have an effective ‘City-Park System’ to enable the people to practise healthy lifestyle besides maintaining the greenery.”

He hoped to see a pocket park that could be the landmark or example to future pocket parks in the state during his next visit.

In terms of housing, Abdul Rahman revealed that his ministry was looking for ways on how they could build affordable housing for the people without requiring big allocation from the government.

“We have one or two ideas that we will present to the Economic Council and I’m very confident that this new way of building affordable housing will be a success because it has never been done before, where the federal or state governments don’t have to come out with big allocation.

“This model will enable us to work with the private sector for win-win-win situation; win for the government, developers and most importantly, for the people who buy the houses.”

While stating that the proposals would be brought to the cabinet in one or two month’s time, he assured that Sarawak would get a significant allocation of affordable housing under this new model of housing development.

Abdul Rahman also noted that so far, his ministry had built 3,516 units of affordable housing under People’s Housing Project (PPR) in Kuching, Siburan, Sibu and Miri.

“A total of 687 units of houses in Kuching, Betong and Samarahan are expected to be completed soon while the remaining 754 units are still in the planning phase.”

He pointed out that in the 10th Malaysia Plan (10MP), some RM208 million was allocated to the Urban Wellbeing, Housing and Local Government Ministry under ‘BP1 Allocation’ for Sarawak.

On the Fire and Rescue Department, Abdul Rahman said 27 fire stations had been built, while five were still in various stages of construction and 35 more were in the planning stage.

“Our target is before 2020, 67 fire stations in Sarawak will be built to ensure that the aspects of safety and fire extinguishment can be improved.”