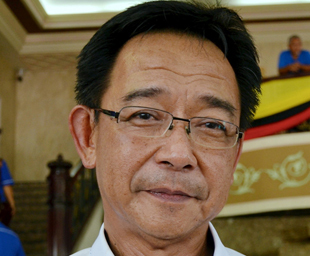 SIBU: Sarawak DAP secretary Alan Ling should leave it to the police to investigate the murder of PKR Miri secretary Bill Kayong instead of interfering.

Assistant Minister for Youth and Sports Datuk Abdul Karim Rahman Hamzah, in stating this yesterday, said Ling, being a lawyer, should know it is vital for investigation to be completed before someone is charged.

“The police are still investigating the case, and Ling should not give the impression they are ‘hiding’ something by calling the police to disclose the mastermind,” said Abdul Karim.

“Let the police handle the case, and do not interfere or make assumptions that could mislead the public.”

Abdul Karim said he, like Ling and all Sarawakians, wanted to see justice prevail in this case.

“The murderers must be brought to justice,” he said.

The Asajaya assemblyman also expected Ling to know that the proper venue for the matter to be settled was in court, not the media.

Ling had on Tuesday called on the police to disclose the motive and mastermind behind the murder of Bill, who was shot dead last June 21 at a traffic light intersection in Tudan, Miri.

Ling suggested that it was not sufficient just to prosecute those who executed the shooting as it was vital that the persons behind the crime be brought to justice, too.

Abdul Karim commented that if Ling expected the police and prosecution to disclose all motives, mastermind, and parties involved in the crime, then the judiciary would be irrelevant.

“The public and media then can be the prosecutor and judge altogether.”

He suggested that Ling emulate PKR leader Voon Shiak Ni, who had commended the police on their investigation of the case.