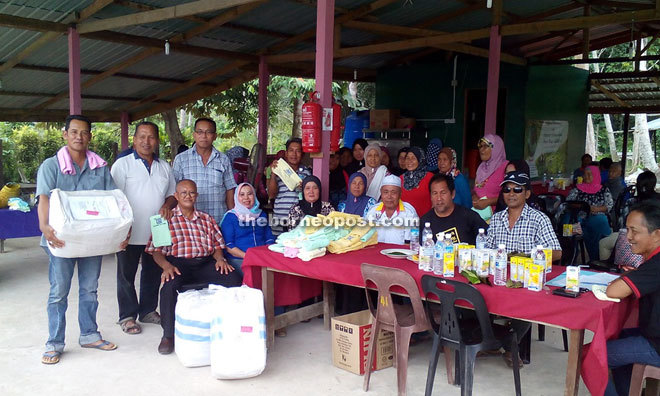 Rosey (seated second left) with some of the villagers of Kampung Padang.

MIRI: Voters in Bekenu can count on Barisan Nasional (BN) to chart more development activities for the constituency, with the promise of more goodies coming from a bigger majority.

“Bekenu is BN’s fort and we must at every effort defend the seat from the opposition.

“Should we be able to win Bekenu seat with a big majority in the state election, we would

able to get more attention from the top authority, both state and federal,” she told the media after making a visit on Thursday to four villages in Bekenu – namely Kampung Sulap Lada, Kampung Kelulit, Kampung Pejuang and Kampung Padang.

Rosey also called on the rural folk to give total support to her with the election just around the corner.

In view of this, she reminded registered voters not to forget exercising their right by casting their votes on polling day.

“Your votes are important to determine better future prospects for your children and of course, you can expect more development to be implemented for Bekenu under BN’s flag.”