Big ‘no’ to complacency, SS reminds civil servants in Sarawak 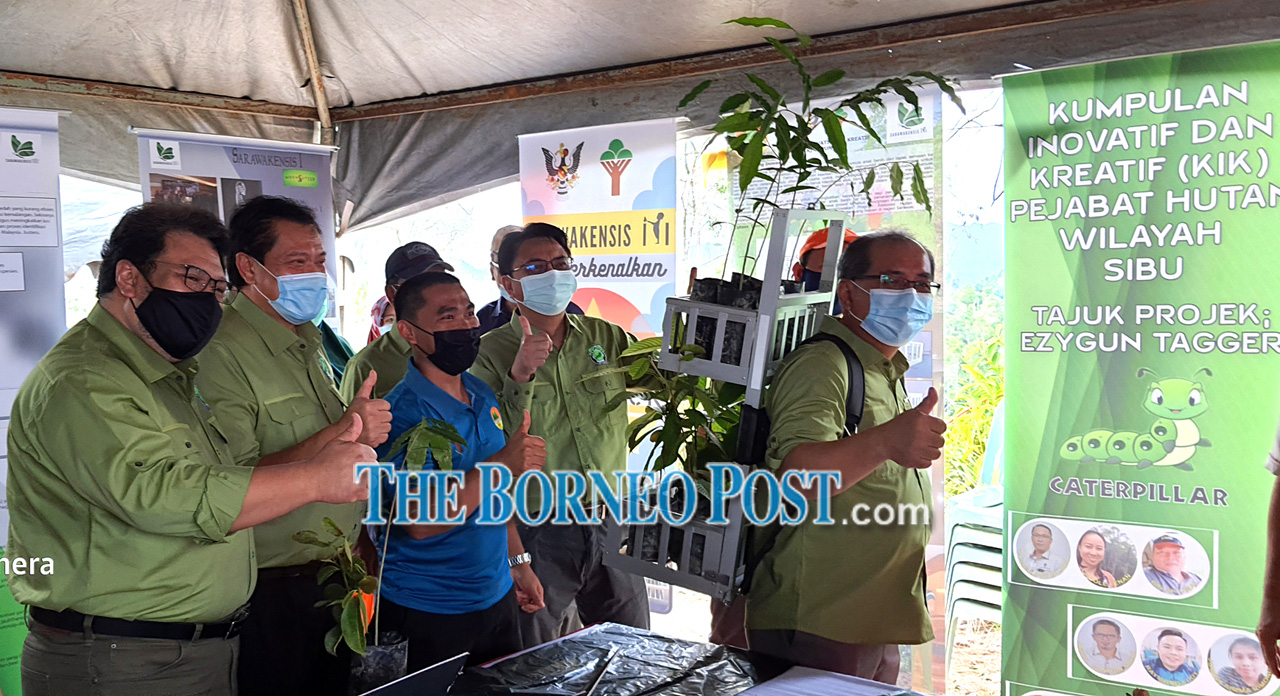 Jaul (right) fitted with a modern plants carrier – an innovation set to replace the traditional basket pack under the forest landscape restoration programme. Behind Jaul is Hamden.

MIRI: Members of the civil service in Sarawak must never be complacent with their status of being among the best in Malaysia in terms of innovation and quality initiatives, said State Secretary Datuk Amar Jaul Samion.

He acknowledged that the civil service in Sarawak had won numerous awards, including international recognitions for many initiatives, but this did not mean that it could rest upon its laurels.

“The Sarawak civil service is among the best in the country, and I am proud to say that this has not come by accident.

“However, being the best is not good enough if we failed to solve any problem including those affecting the work processes, the ‘rakyat’ (people) and also the industry players,” he said in his speech for the launch of the Forest Department Sarawak’s ‘Forest Landscape Restoration Programme at Bakam Government Reserve yesterday, in connection with Sarawak Civil Service Innovation Week 2020.

Adding on, Jaul advised those in Sarawak civil service to regard all complaints public complaints as ‘opportunities’ for them to improve their services further.

“Being defensive against any complaint made by the public is ‘the greatest enemy’ – no organisation could progress if being defensive remained the game of the day.

“If we fear being criticised for our faults, that fear would stop us from becoming innovative.

“Public complaints are important for us in developing effective measures to better ourselves, improve our service quality and make life easier for everyone,” he stressed.