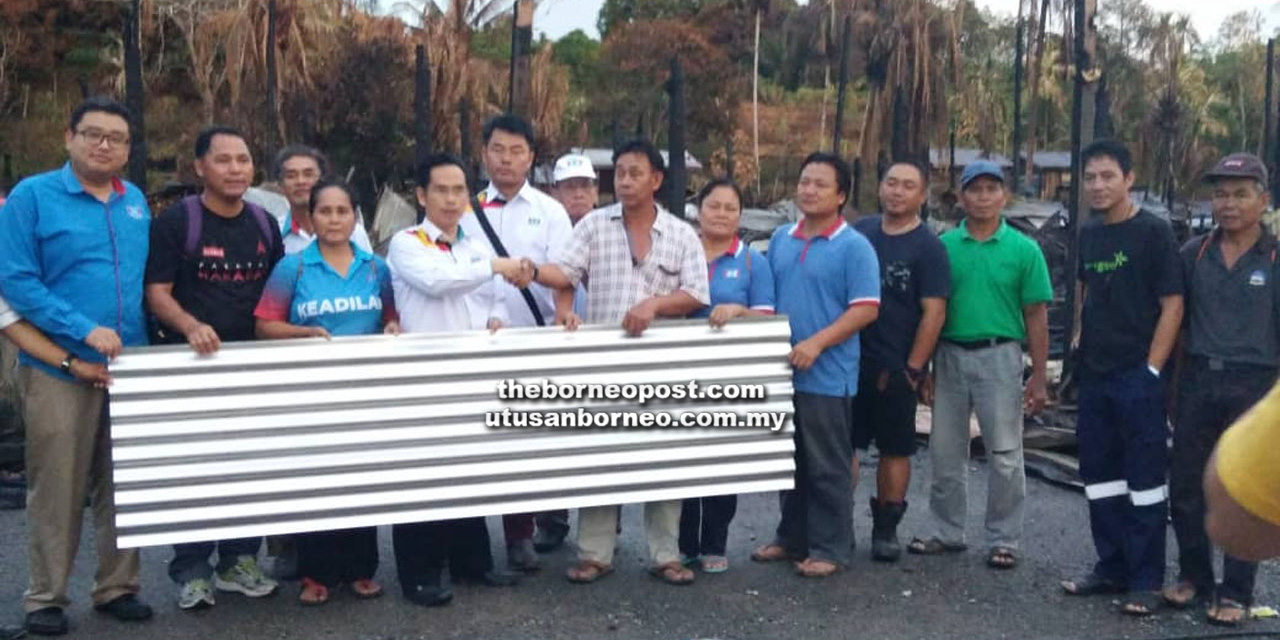 He points out that although the people are grateful to the federal government for approving the construction of a Class E fire station in Sungai Asap, he also hopes that consideration be given to upgrade its status to that of Class C, as it would mean that the station would be better equipped and manned by permanent personnel.

“PKR Hulu Rajang is grateful to the current government for having approved the construction of the E-Class fire station in Sungai Asap, but we appeal to Housing and Local Government Minister Zuraida Kamaruddin to upgrade the approved fire station to the greater Class C status,” he told The Borneo Post after handing over building materials and donations to Uma Bawang fire victims in Sungai Asap recently.

Previously, Zuraida was quoted as saying that the proposal to build a Class E fire station in Sungai Asap resettlement area had been included in the 2020 Rolling Plan, at a cost of about RM500,000.

According to Abun, since the relocation of Belaga folk from Ulu Balui in 1998, many fires have broken out and destroyed many houses – the most frequent is at Uma Badeng in Sungai Koyan, which has been razed four times over the past 20 years.

“The cause of the fire is mostly due to electrical short-circuiting. Once fire broke out, almost nothing could be done to save the structure due to the absence of proper equipment and fire station in Sungai Asap.

“There is only the volunteer firefighting unit, which has limited equipment, while the nearest fire station is in Bintulu – about 200km away from Sungai Asap,” he added.

Abun also called upon Sarawak Energy Bhd to step up inspection and replacement of old wiring in 15 villages across Sungai Asap, to minimise the risk of future fires from happening.