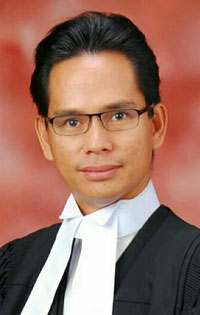 MIRI: There is no need for Parti Pribumi Bersatu Malaysia (Bersatu) to spread its wing in Sarawak, but it can play its role to help strengthen other component parties under the Pakatan Harapan (PH) coalition – namely Democratic Action Party (DAP), Parti Keadilan Rakyat (PKR) and Parti Amanah Negara (Amanah) – ahead of the Sarawak state election, set to be called in 2021.

In stating this, PKR Baram secretary Dennis Along said the presence of Bersatu in Sarawak might create some problems for PH in the next state election in that it would also want to contest in some seats.

“We don’t want the incidents in Sabah that occurred during GE14 (14th general election) where Bersatu also fielded candidates against other PH candidates,” he said in a statement yesterday.

However, Dennis said Bersatu could come in and help its PH counterparts – the DAP, PKR and Amanah, which are already well-established in Sarawak.

“This is the hope of the people of Sarawak for (Prime Minister) Tun Dr Mahathir Mohamad and the PH-led federal government – to strengthen PKR, Amanah, Bersatu and DAP,” he said.

Meanwhile in his remarks, PKR Hulu Rajang chairman Abun Sui Anyit agreed with Dr Mahathir – also Bersatu chairman – who said the government of Sarawak could change if all parties were genuine in their struggles.

However, he believed that the challenge would on the allocation of seats in the 2021 Sarawak election.

“Which seats will Bersatu aim for?

“If this issue (allocation of seats) could be settled, then PH should be able to claim Sarawak,” he said, stating that it would be the norm for existing parties to stake claim over seats that they had been retaining or eyeing on over the past elections. This is the real challenge – it does not involve external factors. The challenge is within PH itself to avoid overlapping claims for seats,” said Abun.

In this regard, he believed that PH top leaders are mature and capable enough to tackle this matter, especially preventing some opportunists and ‘moles’ from penetrating the coalition and weakening PH Sarawak from within.