Be united to be noticed, Dennis tells Bisaya community 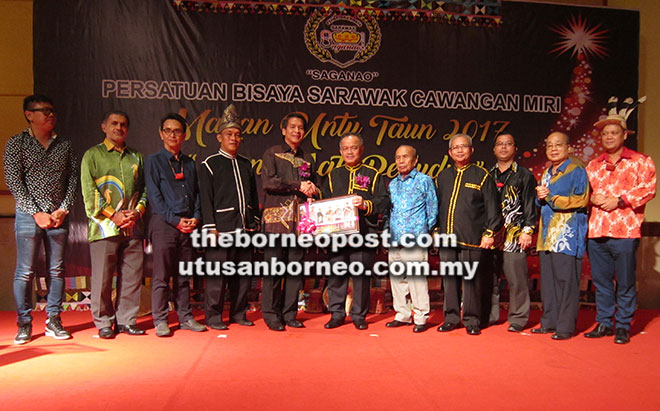 MIRI: Minority ethnic groups such as the Bisaya must present a united front so as to be noticed by other communities.

Thus, he called on professionals and those educated including entrepreneurs in the community to come forward and join the association as members.

“You can’t entirely depend on others to help and to bring change especially socio-economic development and progress among the community. No one else can help other than yourself or your own community.”

However, Dennis acknowledged that the Bisaya community has been playing an important role in the development and progress of the city, state and country, despite being are a minority group,

During the dinner, Dennis applauded the association for presenting education incentives to students who excelled in public examinations and those going for higher learning.

“This goes to show that you acknowledge that education is the key of change. It is important for us to invest in education for human capital development to meet future needs and demands. We need to prepare and be ready to meet the changes and challenges of the future.”