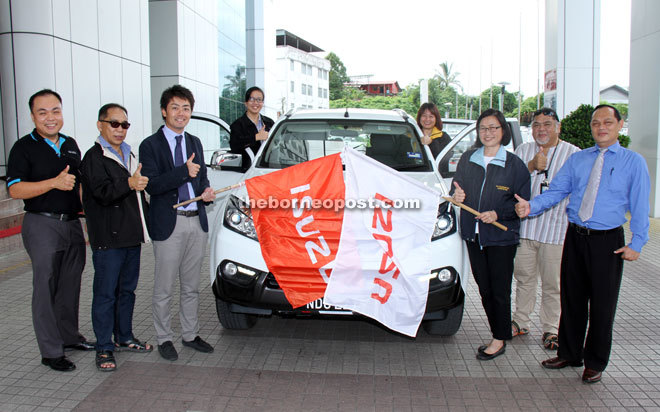 Wong (third right) and Sagara (third left) giving the thumbs-up before flagging off BAT on their journey through East Malaysia. Also seen are (from left) Law, Peter, Patricia, Lian Cheng, Wilfred and Churchill. — Photo by Chimon Upon

KUCHING: The Borneo Post Adventure Team (BAT) sets off on its 1,126km journey to Kota Kinabalu, Sabah yesterday, kicking off the sixth edition of the annual excursion that would take them to every nook and cranny of Sarawak and Sabah.

Armed with their mighty pens, The Borneo Post journalists Peter Sibon, Lian Cheng and Wilfred Pilo as well as The Borneo Post Online writer Patricia Peng Hului will be scouring the towns and districts of the East Malaysian states over 12 days (June 20 to July 1) to discover and report on interesting newsworthy places that’s seldom been highlighted in the media.

The Borneo Post editorial director Phyllis Wong, who will be joining the award-winning team later, said one of the highlights of this year’s excursion will be none other than to follow up on the latest development of the Pan Borneo Highway project.

“We hope to be able to cover our neighbouring state extensively in the next BAT trip,” she revealed prior to flagging-off the team at Crown Towers yesterday.

Though The Borneo Post has journalists stationed in major towns of Sarawak to provide comprehensive and in-depth reporting of these towns, Wong pointed out that it was difficult to have journalists based in smaller towns.

“We could have correspondents in rural towns to cover some events and community news but there is a dire need to report on issues faced by the people.

“BAT fills in this gap. We also usually time the trip during Ramadan when there are lesser activities in the cities, or what we call, dry news days,” she remarked, while extending her gratitude to the support from readers and people in towns the team previously visited for their warm hospitality.

“We are happy to be able to bring your messages to the government and issues to be addressed.” Wong also noted that this time around, Isuzu Malaysia has also kindly provided BAT with an SUV to travel in during their nearly two-week journey. The team will be travelling in the Isuzu MU-X which features all the bells and whistles to suit any form of driving. 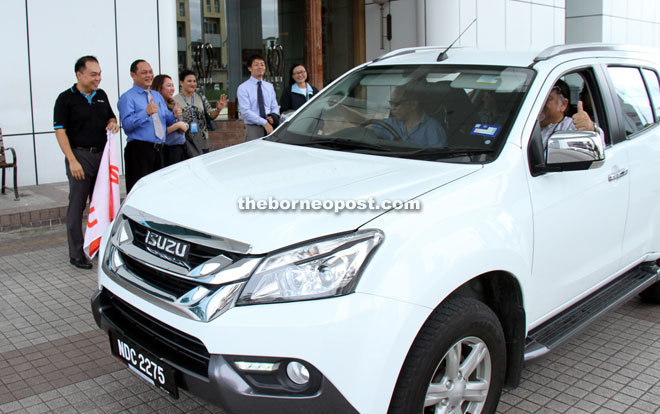 BAT sets off on their 12-day journey from Kuching to Kota Kinabalu. — Photo by Chimon Upon 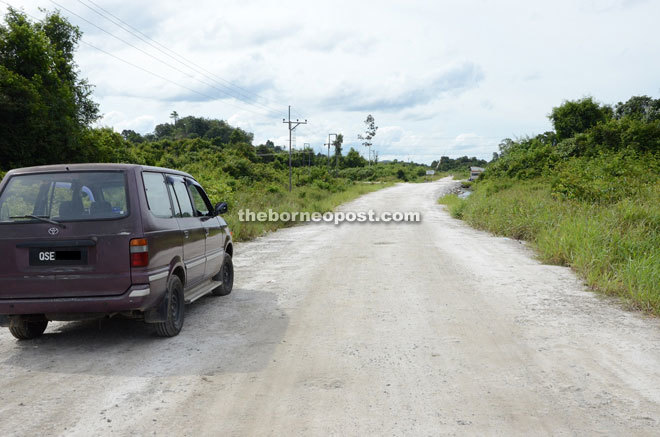 The gravel road that serves some 30 villages. 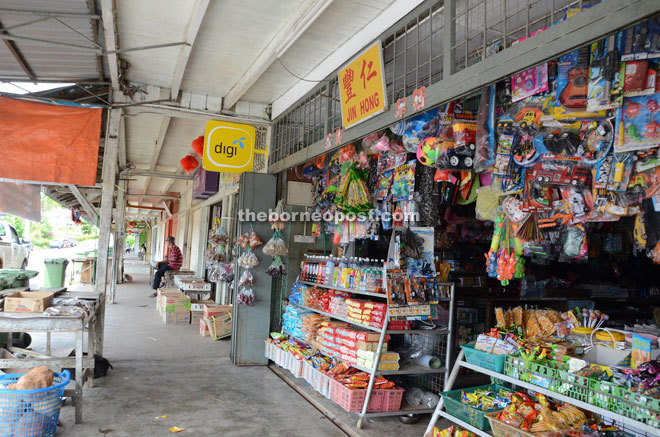 “We are proud to be associated with Isuzu whereby Isuzu allows us to use their best vehicle to travel the breadth and length of Sarawak and Sabah,” she said.This will be the third time Isuzu is collaborating with The Borneo Post for BAT trip having previously provided transportation in 2011 and 2012.

“This SUV can provide everything in every location such as durability, fuel efficiency and reliability especially in Sarawak’s hilly and rough terrains. The 4X4 function of our durable engine can also provide good experience to the team during their journey,” he explained.