Assemblyman thanks Jabu for contributions to Baram 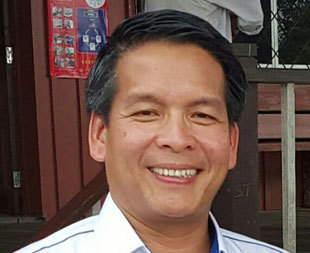 In a statement Tuesday, the Parti Pesaka Bumiputera Bersatu (PBB) Telang Usan chief said the people in the area are grateful to Jabu for his contributions.

“Jabu is considered as the architect of Telang Usan for his tremendous work to help develop Baram especially on agriculture.

“Among the things he has done in Baram were the Long Lama Rural Growth Centre (RGC), opening up the high-yielding rubber plantation, developing the Banga-Peluan-Beruang, Ulu Baram highland agriculture centre, and opening seven Penan service centres in Baram,” he said.

Dennis said all this proved Jabu’s dedication towards improving quality of life for Baram folk.

He added that Jabu was the only state cabinet minister to frequently visit Telang Usan.

“I hope that whoever is selected to take over his role would continue to come to Telang Usan and bring in more development. I personally would like to thank him for having confidence in me to defend the seat in the coming state election,” he said.

On Monday, Chief Minister Datuk Patinggi Tan Sri Adenan Satem announced that Jabu would not be contesting in the next state election, ending his 42-year political career.