ASEAN: Brunei is again worst country to invest in the region

Brunei is again the least attractive destination for foreign investment in the Southeast Asian region, latest survey from the ASEAN Business Advisory Council (ASEAN-BAC) shows. In the survey published, Brunei scored lowest in the overall attractiveness rating among ASEAN businesses and investors, with only 17 percent of respondents from the 10 ASEAN member states saying they had plans to invest or increase investments in the sultanate over the next three years (2013-2015). The country also received the lowest average rating of investment satisfaction, at 3.67 out of 10, the survey revealed. Singapore has regained its status as ASEAN most favored investment destination

The 2013 ASEAN-BAC Survey on ASEAN Competitiveness tracks business sentiments towards the attractiveness of ASEAN to trade and invest in over a three-year horizon, and their perception of ASEAN’s efforts to realize an ASEAN Economic Community (AEC) by the end of 2015. It was conducted across the 10 member states between May and August 2013. ASEAN is a geo-political and economic organization located in Southeast Asia, which comprises of Brunei, Burma (Myanmar), Cambodia, Indonesia, Laos, Malaysia, Philippines, Singapore, Thailand and Vietnam.

In the survey, prominent businessmen, investors and executives across various industries from all the ten nations were asked on which ASEAN countries they and their businesses would invest in, or plan to expand their current activities in. Singapore is ranked the most attractive destination for investment with 45 percent of survey respondents saying they have plans to invest into the nation, followed by Malaysia (42 percent), Indonesia (41 percent) and Thailand (41 percent). Brunei continues to fall behind the rank as the country follows through the “Wawasan 2035 Negara Zikir”, a national goal which aspires it to be a pure Islamic economy by the year 2035. Last year, Indonesia topped the list, then Vietnam and Singapore. As Southeast Asia’s biggest economy, Indonesia offers businesses vast potential to tap into the world’s fourth most populous markets, but a recent currency plunge and market turmoil dented its attractiveness. On the other hand, after years of roaring ahead, Vietnam has since lost its shine, with growth next year expected to drop as corruption scandals and splinters within the communist government weigh on the economy.

For investment satisfaction, Thailand scored the highest average rating of 6.25 out of 10, followed by Singapore at 5.97, Indonesia at 5.92 and Malaysia at 5.67. That is however, before the current political instability which has rocked the Yingluck government and paralyzed Bangkok’s commerce. Among all, Myanmar recorded the greatest improvement, jumping from 9th to 5th place, as the country opens itself up for trade under a reformist president committed to national reconstruction after 50 years of mismanagement.

The survey also revealed that 52 percent of respondents saying they would invest or expand investments in the region to supply main or leading customers, while 31 percent said they would do so because of access low-cost production facilities. Twenty percent of those surveyed said that access to natural resources was a reason to invest in the region, while 18 percent pointed to closeness of research and development and innovation.

ASEAN is a sub-region in Asia covering a land area of 4.46 million km, which is 3 percent of the planet, and has a population of approximately 600 million people, which is 8.8 percent of the world. The IMF estimated that in 2012, the combined GDP of ASEAN had grown to more than US$2.3 trillion, which mean if ASEAN were a single entity, it would rank as the seventh largest economy in the world, below the United Kingdom and above Brazil. 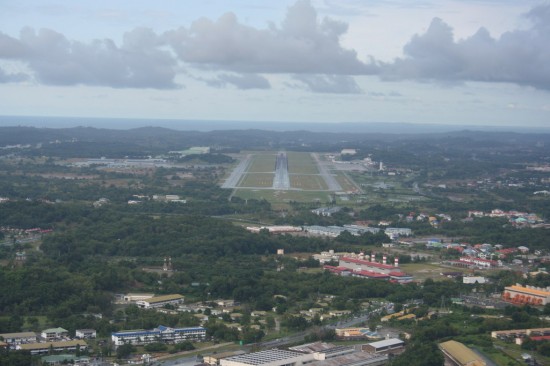 The World Bank forecast Laos economy to grow by 8 percent this year, the highest rate in ASEAN, as increased Chinese investments begin to build up the country’s services, hydropower, construction, and food processing sectors. Cambodia is scheduled to record a 7 percent growth, as was the Philippines, until the wreckage from typhoon Haiyan that is. The archipelago nation is now projected to grow within the 6s range. Brunei is the only country in ASEAN with a growth rate below 2 percent, though growth is expected to pick up next year as the sultanate will start pumping oil from the 2 formerly disputed oil-rich petroleum blocks it settled with Malaysia in 2009.

Singapore is pleased it has regained the status of the most favored investment destination in the region. The country is working to maintain its position as Southeast Asia top business hub while fending off emerging competition from neighboring states. Malaysia is buoyed by the renewed confidence granted to it by regional businesses. For most of the past 20 years, the country had been second only to Singapore in economic performance throughout ASEAN. For instance, from 1989 to 2009, the average economic growth for Singapore was 6.73 percent, Malaysia 6.15 percent, Indonesia 5.16 percent, and Thailand 5.02 percent. As the worst-performing nation in the survey, there is no comment from Brunei.