Arrest of four could spell end to thefts in Batu Niah, Bekenu 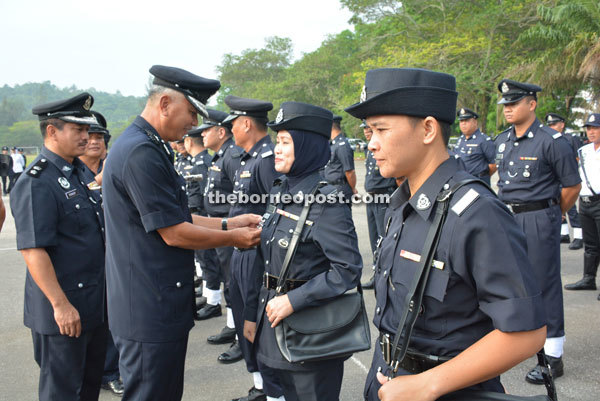 MIRI: Police here believe they have put an end to several petty thefts and motorcycle thefts in Batu Niah and Bekenu following the arrest of four Indonesians near Ngu’s Junction in Batu Niah early this week.

After officiating at the 209th Police Day celebration at Miri Police Headquarters here yesterday, Miri police chief ACP Junaidi Bujang said at a press conference that they believe the suspects had been selling drugs in the area which contributed to the rise of petty crimes and motorcycle thefts.

“We believe in order to get money to buy drugs from these four Indonesians, drug addicts in Batu Niah and Bekenu got involved in various motorcycle thefts, house break-ins and other petty thefts,” he said.

The four Indonesians, including a woman, were arrested in two separate ambushes on Tuesday (March 22), during which police seized from them a total of 11.41g of drugs suspected to be syabu.

When asked the crime index in Miri, Junaidi said there had been an increase in house break-ins from 17 to 18 from Jan 1 to March 25 this year compared to the same period last year.

“There is also an increase in motorcycle thefts and other petty crimes outside the city centre such as in Batu Niah and Bekenu.

“But police have control of the situation and there is nothing to be worried about,” he assured.

He called on the public to continue providing information to the police.

Meanwhile, a total of 79 police officers of various ranks and five members of the public receive their promotions and certificates of commendation for outstanding service during the celebration of Police Day.