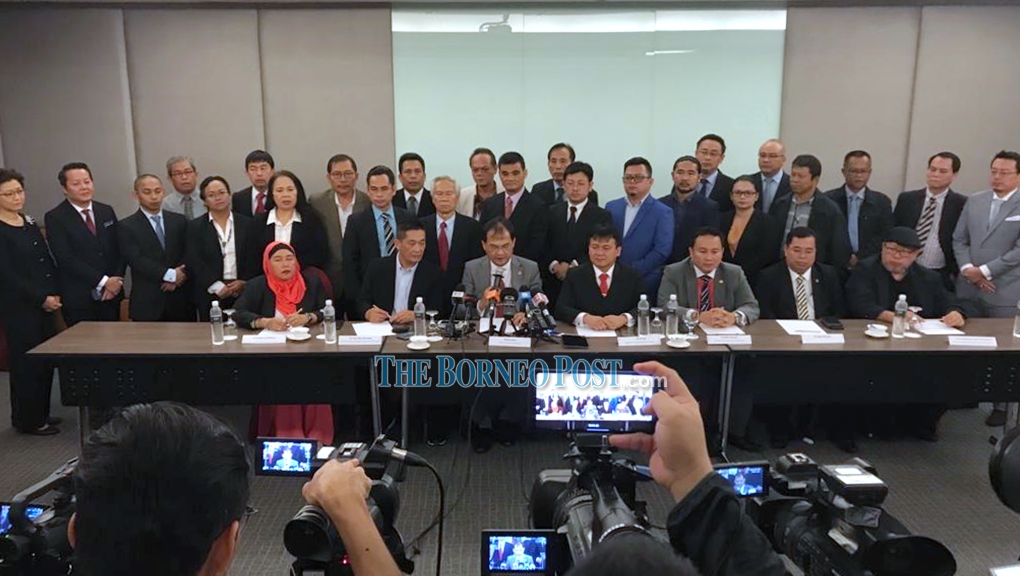 Baru Bian and other state PKR leaders have voiced their objection to the Sarawak PKR Convention being held. File Photo

KUCHING: The quarrel over the Sarawak PKR Convention this Saturday has taken a fresh twist today with attention now shifted to the venue of the event.

PKR Convention 2019 director Nik Nazmi Nik Ahmad, in a press statement, gave a chronology of events surrounding the holding of the convention, which suggested that the state PKR leadership council (MPN) had been difficult to start with.

He said it was decided on Oct 3, this year, that Sarawak should hold the convention in view of the next state election, the MPN organising secretary had on Nov 1 informed the central leadership that the event would be held in Sibu.

However, on Nov 5, Nazmi said the venue was changed to the Naim Clubhouse in Miri which the central convention committee said a day later was not appropriate and suggested alternative venues.

“On Nov 12, the MPN Sarawak organising secretary, without discussing with the central convention committee, informed that the state convention will be held at Imperial Hotel, Kuching,” Nazmi said.

Two days later, he said the central convention committee had held a meeting with the Sarawak MPN secretary and Miri branch chief Dr Michael Teo in Kuala Lumpur where it was agreed that the convention would be held at Pullman Miri with the MPN playing the main organising role.

Then on Nov 15, he said, the state MPN chairman Baru Bian announced that the convention was cancelled.

“PKR headquarters had tried it best to get MPN Sarawak involved via open communication,” he said, adding that issues like the PKR Youth Congress and the autonomy of MPN Sarawak only cropped up later.

In this respect, Nik Nazmi said the convention, which would be organised by a “team of Sarawak branch leaders, would be held as scheduled

However, Sarawak Keadilan Secretary Vernon Kedit refuted Nik Nazmi’s account of what had happened, claiming that the Miri branch had hijacked the convention.

“It started because Miri branch tried to hijack the convention by informing the MPN that it will fully sponsor the event on the condition that Miri branch determines the committee members and programme. We said no,” said Vernon, who is also PKR Betong chief.

He said the MPN Sarawak tried to book venues but its Miri branch blocked the venues and because of this the MPN was forced to relocate the convention to Kuching.

“We have evidence of screenshots of the conversations between one David Hii of Miri branch and our MPN organising secretary Iana Akam,” Vernon said.

But now that the MPN led by Baru has cancelled the convention, Vernon said it will be treated as invalid if it is held.

He said a notice dated Nov 18 to announced that the convention was cancelled have been sent to all 30 PKR branches in Sarawak.

The cancellation of the state-level convention was affirmed after Baru and 14 branch chiefs met up PKR deputy president Datuk Seri Azmin Ali at his office in Kuala Lumpur on Wednesday as a protest towards PKR Central’s decision to drop Azmin from officiating at the PKR Youth Congress in Melaka next month.