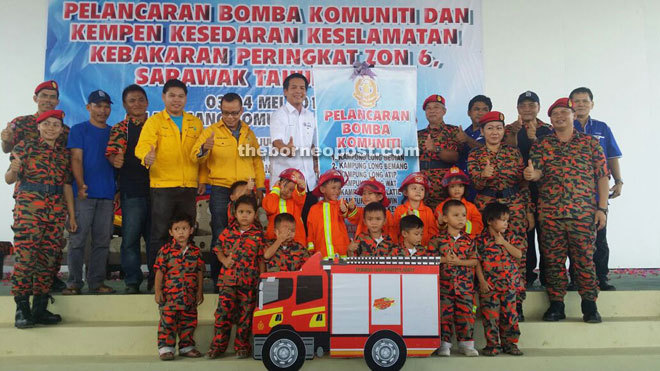 Dennis (centre), fire officers and the volunteer fire fighters give the thumbs-up to the course. Henry stands at right.

It is jointly organised by the state Fire and Rescue Dept and Petronas SSGP project. The BN candidate for Telang Usan Dennis Ngau had the pleasure to officiate at the launching ceremony.

In his short speech Dennis thanked the two agencies for making the safety and training programme possible given the fact that the longhouses were too far from the nearest fire station.

“It would help the volunteers know a thing or two about fire prevention and safety.”