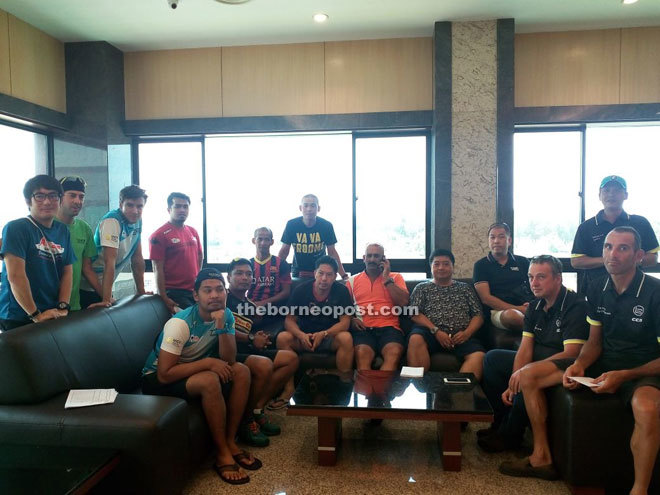 MIRI: Teams and riders of the ‘Tour of Sarawak 2016’ yesterday were extremely disappointed and angry over the ‘no show’ and last-minute cancellation of the event by the organiser.

The Tour of Sarawak 2016 – a cycling event sanctioned by the Union Cycliste Internationale (UCI) as a 2.2 race and part of the UCI Asia Tour calendar was supposed to start here yesterday.

The race was scheduled to start in Miri on March 16 and end in Kuching on March 20. Among the international teams that have arrived in the city since Sunday were from Australia, Iran, Japan, Singapore, Great Britain, the Philippines, China and South Korea.

There were also six teams from Malaysia, including two who represented Sarawak.

“We have been preparing for this event for so long and were only told that it has been cancelled today. This is ridiculous. We have taken part in various international events, but this one is really disgraceful. This has affected a lot of teams, and we will not come back again,” he said.

Teo said their expenses since arriving here were borne by themselves, which included hotel, transportations, meals and others which cost him as the team manager about RM700 to RM800 daily.

He also claimed that they had no choice but to stay at the hotel because they could not check out unless the bills were settled. “We are actually supposed to fly back to Singapore from Kuching on March 21. But now that the race has been cancelled, we have no choice but to buy new tickets. We have checked the tickets for tomorrow’s flight from here to Singapore and it is costing about RM1,100 for two persons, and there are six of us,” he said, adding that they had spent over USD10,000 to bring in their team from their country.

Teo hopes the organiser will come forward and take responsibility over the cancellation of the event.