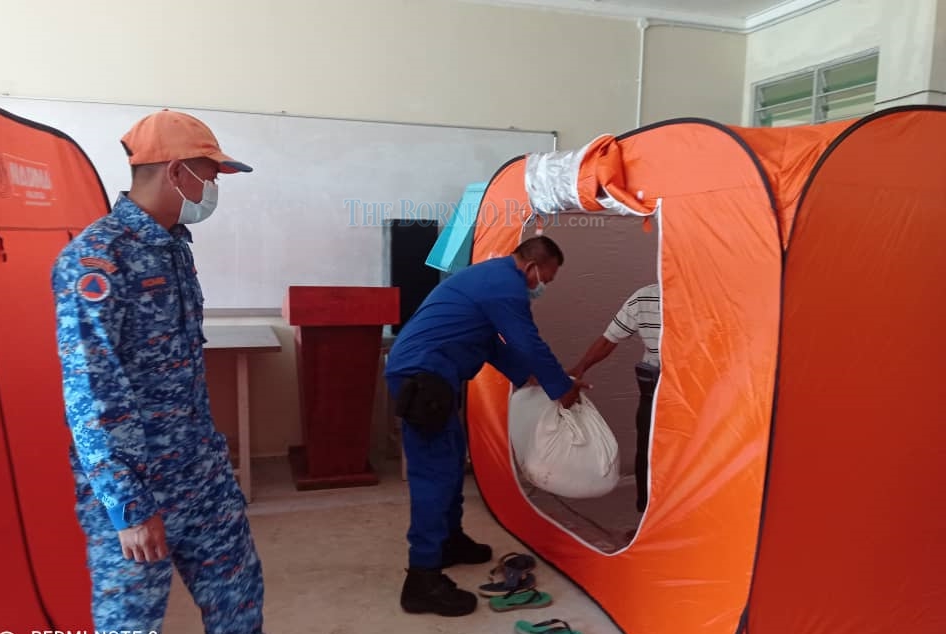 A Civil Defence Force personnel helping a villager with his belongings as the evacuation centre in Serian closed this afternoon.

KUCHING (Jan 20): The only remaining Flood Evacuation Centre (PPS) for victims who were displaced by the recent floods in the southern region of Sarawak has officially closed at 2pm today.

The Sarawak Disaster Management Committee in a statement today said victims at the PPS SK Tanah Puteh in Serian have been allowed to go back to their homes after their area was found to be safe by the district office and police.

At 8am today, there were still 309 evacuees in the centre.

Kuching registered the highest number of evacuees at 2,419 victims from 633 families.