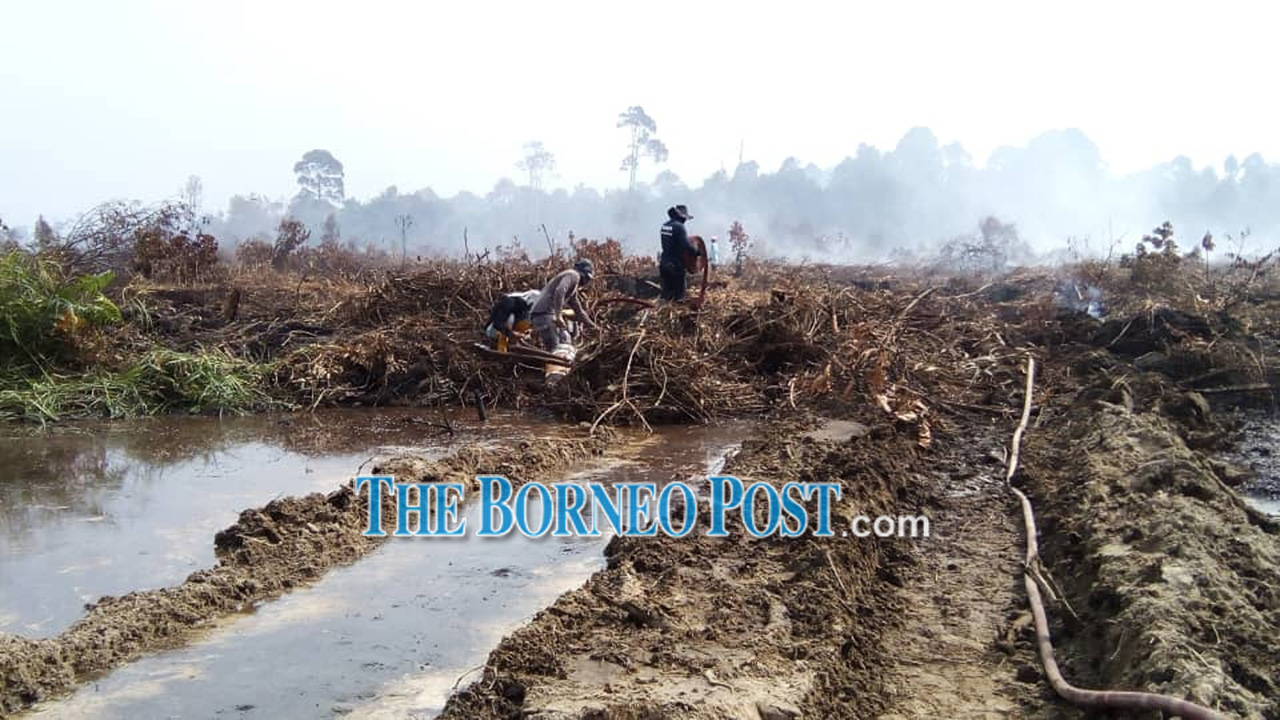 Volunteers from Naim, a private company, helping out at Sector 2 yesterday.

The API reading at ILP Miri at 5pm yesterday stood at 222 – a significant increase from a moderate reading of only 99 recorded at 9pm Friday.

Similarly, the API reading at SK Kuala Baram 2 at 5pm yesterday went up to 119 from 64 at 9pm Friday.

Another station, Miri, recorded a moderate API reading of 72.

Fire and Rescue Department (Bomba) Miri chief Law Poh Kiong in a statement yesterday said the increase in API reading was due to smoke emanating at two sectors.

“We have managed to reduce the amount of smoke emanating from Sector 1 and Sector 2 by 80 per cent, except at Lot 4042 where smoke is still active,” he said.

He added that Bomba had also detected two spots in Sector 1 (near Hamidah Yakub Welfare Complex and near a Naim nursery) which are still actively emanating smoke.

The air quality especially at the two stations – ILP Miri and SK Kuala Baram 2 – had been classified as hazardous and very unhealthy respectively since last week, prompting the Sarawak government to request a Bombardier CL-415 aircraft from the Malaysian Maritime Enforcement Agency (MMEA) to carry out water bombing here.

The water-bombing operation proved effective in dousing the forest and peat fires in Kuala Baram, with the API reading on Aug 16 dropping drastically from ‘hazardous’ to ‘moderate’.