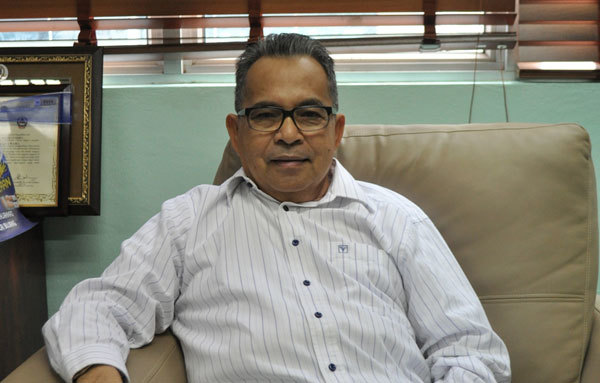 MIRI: Ahmad Lai Bujang will defend his Sibuti parliamentary seat in the 14th general election despite rumours that he will not seek re-election.

He admitted that certain quarters were lobbying for the seat and had been creating rumours that he would not seek re-election due to ill health and advanced age.

“Alhamdulillah I am still healthy and able to be a responsible representative of the people, and I walked several kilometres last Sunday during the Prophet’s birthday procession, who said I am sick?” he said when met at his office yesterday.

He said his age or health was no excuse for him not to defend the seat.

However, he acknowledged that the decision rests with Chief Minister Datuk Patinggi Tan Sri Adenan Satem as the chairman of state Barisan Nasional (BN).

“We are human beings, anyone can get sick, even the young ones. But I insist I am in good health and still able to retain Sibuti parliamentary seat.

“For me, such thing is just rumour. If they were in my area, they will surely catch a glimpse of me whenever I inspect the area or attend ceremonies along with the people,” he stressed.

“Though the 14th general election is due in 2018 the Sibuti parliamentary election machinery is ready for it any time,” he added.

Ahmad Lai retained the Sibuti parliamentary seat in a landslide win against Robby @ Muhammad Zaid Tandang of PAS during 13th general election. He obtained 13,348 votes while Robby garnered only 7,282 votes.

Holding office as Sibuti MP for two terms, he has brought many changes to the parliamentary constituency.