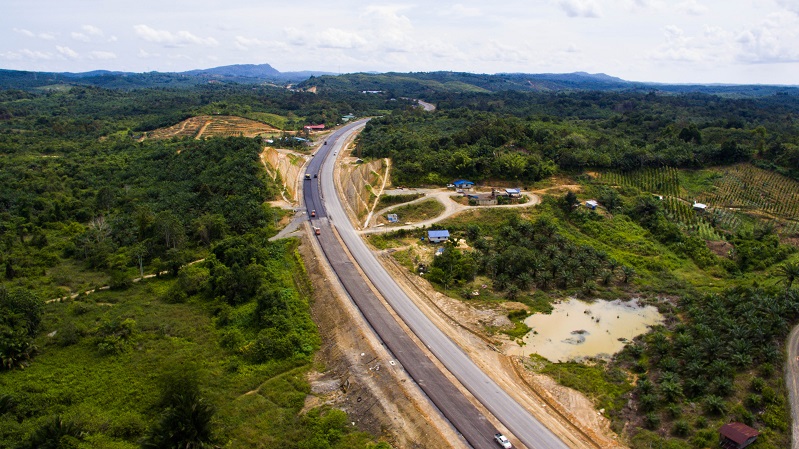 MIRI: The abolishment of bus stations along the Pan Borneo Highway’s Sg Tangap-Pujut Link (TPL) work package areas has caused inconvenience to the local community, robbing them off much needed transportation in the area.

In this regard, Lambir assemblyman Ripin Lamat urged Lebuhraya Borneo Utara (LBU) Sdn Bhd and the work package contractor Konsortium KPE Sdn Bhd (KKPE) to build temporary bus stations for the convenience of his constituents, who mostly reside along the work package areas.

Ripin revealed many bus stations in the constituency have been abolished to accommodate road works for the Pan Borneo Highway project at its Sg Tangap-Pujut Link (TPL) work package areas.

“These bus stations were integral to the local community here, who usually use public buses or vans to get to work, and where parents send off and pick up their children from schools. However, due to road works for the Pan Borneo Highway project, these stations have been demolished.

“Thus, I would like to urge LBU and KKPE to build temporary bus stations, or designated sheds as our people still need the bus stations,” said Ripin in his speech at a dialogue on road safety awareness with the local community at Rumah Johnson Jangu Seloi Tengah, Jalan Miri Bintulu, about 40km from here today.

“There are certain parts where these barriers have collapsed and this could endanger the lives of the road users, especially during the rainy season. There is a need to ensure these signages and barriers stay up in order to avoid any unwanted incidents,” he added.