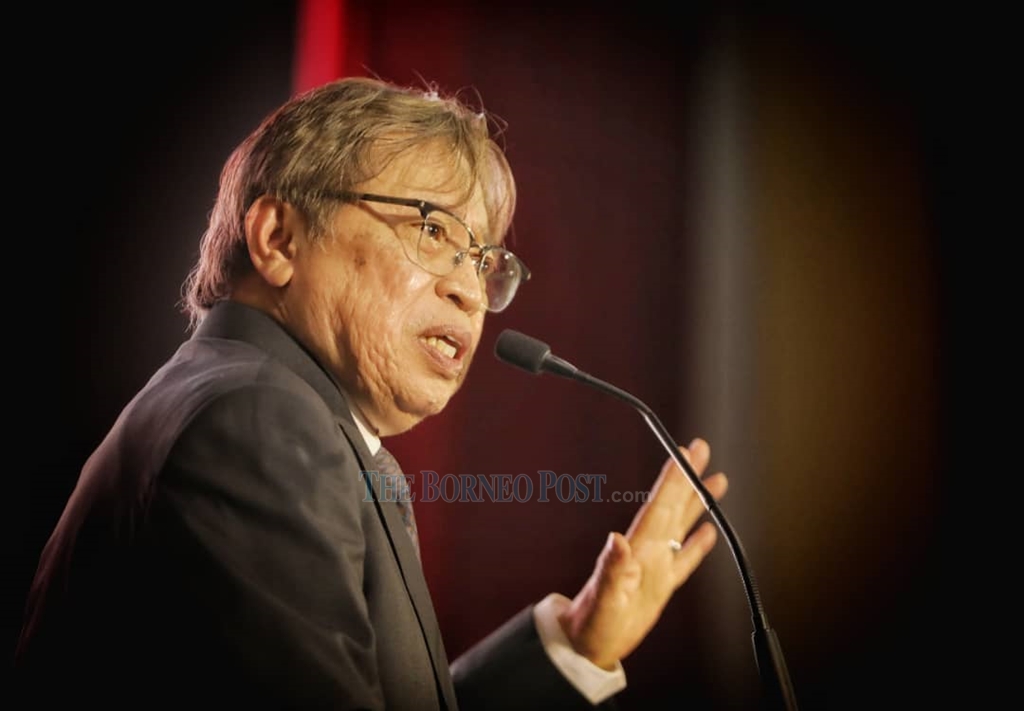 KUCHING, Sept 9: Datuk Patinggi Abang Johari Tun Openg today revealed he had hoped for reconciliation between the Sarawak United People’s Party (SUPP) and Parti Sarawak Bersatu (PSB) for the good of the Chinese community but the latter seems to want no part of it.

Reacting to PSB president Dato Sri Wong Soon Koh’s remarks against him yesterday, the chief minister asserted that his policy had always been one of reconciliation when SUPP’s internal leadership crisis erupted.

He said when SUPP suffered the split after the 2011 state elections, the then Barisan Nasional (BN) leadership had decided that its problems should be solved by the disputing parties as it was not the state coalition’s policy to interfere with the internal problems of its members.

“Dato Sri Wong and his group were sacked by SUPP but he was retained in the government as the leadership wanted inclusivity and unity among the Chinese and (for them to) participate in the government,” Abang Johari said in a statement.

He said, however, that the problems in SUPP dragged on until the late Pehin Sri Adenan Satem took over as chief minister in 2014.

Abang Johari added that the fact that Wong’s group was allowed to use the BN symbol in the last general election spoke volumes of the leadership’s desire to unite the Chinese.

“SUPP was almost deregistered when Dato Sri Wong, after being sacked by SUPP, formed UPP and subsequently, the government that was formed was known as BN-Plus with the hope that the two factions could work together for the good of the Chinese community,” said Abang Johari, referring to the PSB’s predecessor the United People’s Party (UPP).

He said it was Adenan who had directed him to officiate at the launching of UPP in 2015 and again at the rebranding of the party as PSB in 2017.

“When I took over as Chief Minister, I continued with this policy where Dato Sri Wong was retained as a minister. All these were meant to give time for the two factions to be reconciled.

“Unfortunately, intentionally or otherwise, PSB leadership roped in members of the component parties of GPS knowing full well that this would jeopardise the teamwork in GPS. GPS has a policy of ‘you touch one, you touch all’ and PSB’s action is against our effort to unite Sarawakians,” he said.

Abang Johari said based on PSB’s latest activities, it is evident that the party was no more interested in cooperation and was going against GPS with further inclusion of disgruntled members of other parties.

“I have requested leaders of the community as well as corporate leaders to help in the reconciliation but to no avail, and the rest I would leave it to the public to judge,” he said.

The latest exchange of words between Abang Johari and Wong started after the chief minister indirectly lashed out at a party of disgruntled and problematic politicians when opening the Parti Pesaka Bumiputera Bersatu convention in Miri on Saturday.

Although Abang Johari did not mention PSB in his speech, it was obvious to Wong that he was referring to his party.

Hitting back at the chief minister yesterday, Wong said in spite of his criticism, Abang Johari had played an important role in the formation of UPP and PSB.

He also pointed out that he was forced to resign from the state cabinet after SUPP leaders pushed for a reshuffle to get rid of PSB leaders.