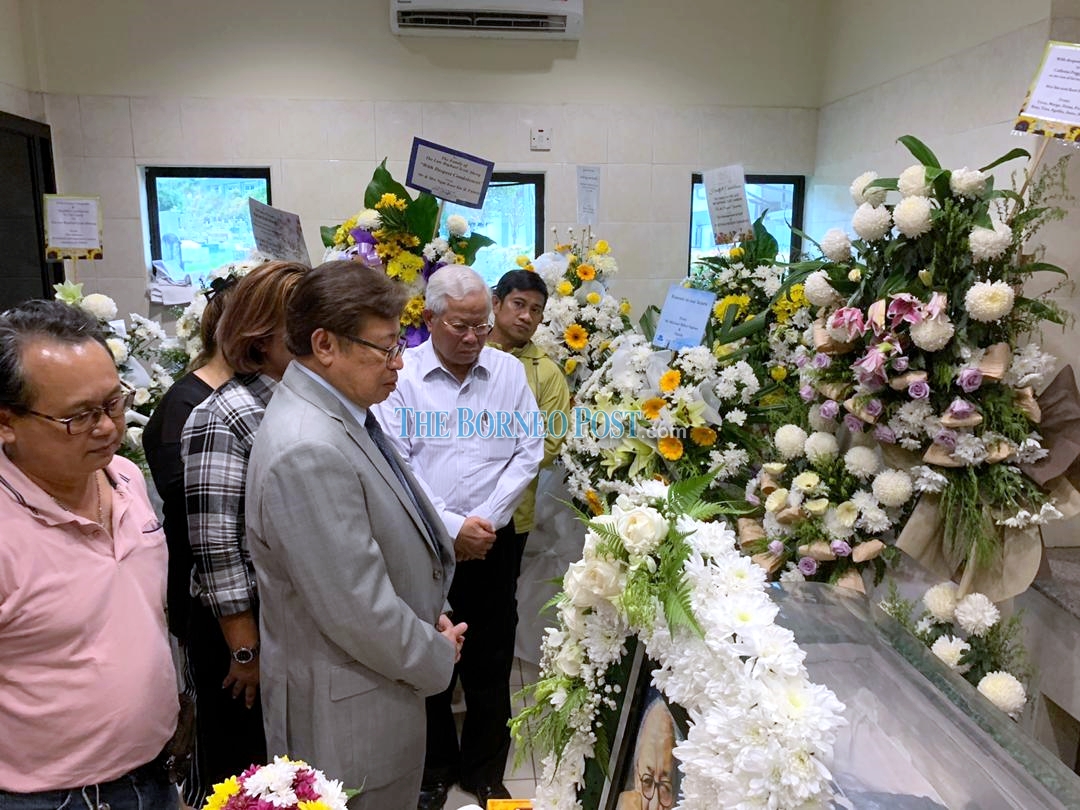 Aside from being a renowned artist, the late Raphael was a really dear friend, he added.

“As you know, he is good in abstract art and I think that it (his passing) is a loss to us, but I’m sure he has left a good legacy to the younger generation, especially regarding the preservation of environment, culture and the way we live,” Abang Johari said.

He was speaking to reporters after paying his last respects to the late Raphael at the St Joseph’s Cathedral Funeral Parlour earlier today.

Abang Johari also considered the late Raphael as “a man of determination”.

“He was able to really translate nature into a real picture of what he feels. He was also a man of determination who could translate society in the form of art.

“In most of the pictures that he translated into his art, you could see all these elements being exposed such as the rainforest, conservation or heritage,” Abang Johari said.

He also expressed optimism that some of the late Raphael’s artwork would be exhibited in the new Sarawak Museum as well as the proposed conversion of the old State Legislative Assembly (DUN) building into a performing arts centre.

“In the gallery (of the new Sarawak Museum) we have certain zones to do that, and at the same time, as you know we are turning the old DUN into a performing arts centre and gallery. Perhaps some of his works can be exhibited in those areas,” Abang Johari stated.

The late Raphael, whose abstract paintings sold globally, passed away Sunday at the age of 80 at his village home in Bitikie Heights, Tanjung Poting Singai in Bau.

He was a student of St Stephen’s Bau primary school and Tanjong Lobang College Miri (now Kolej Tun Datu Tuanku Haji Bujang), and wore many hats throughout his life, including being an advisor to the Sarawak’s Artist Society from 1999 to 2000, RTM broadcaster and newspaper columnist, to name a few.

The late Raphael is survived by his wife Anastasia Mised, 78, four children, 11 grandchildren and three great-grandchildren.