Abang Johari cancels all official events due to CMCO 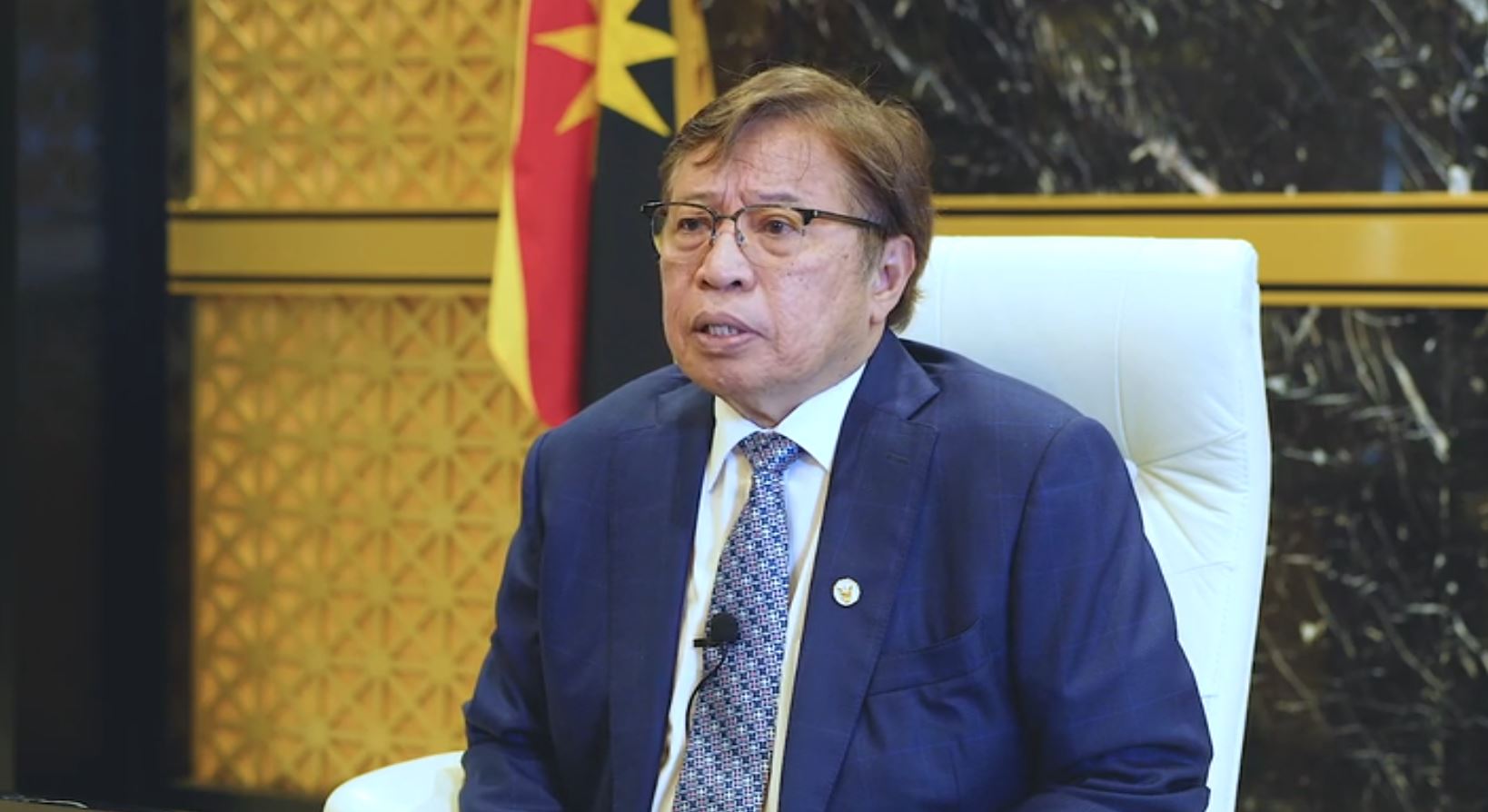 KUCHING (Jan 11): Chief Minister Datuk Patinggi Abang Johari Tun Openg has decided to cancel all his events across the state this week, including one that is believed to mark his fourth year in office.

Deputy Chief Minister Datuk Amar Douglas Uggah Embas said the chief minister’s decision was to send a message to the people that large gatherings should not be held during this Covid-19 pandemic, which has now entered the fourth wave in Sarawak.

“The Chief Minister made two decisions today and that is to implement a 14-day Conditional Movement Control Order (CMCO) effective Jan 13 and to cancel his events in Sarawak.

“This shows that he wants to give a message to the people not gather in large crowds because when you do, this can cause the transmission of Covid-19 infections such as what is seen in the Pasai Cluster and the 94 cases recorded in Miri today,” he told a press conference.

He said the state government could not stress enough on the importance of staying at home during this pandemic.

“We strongly advise people that if there are no reasons for them to go out, please just stay at home. That is the safest way.

“We appeal to everyone to comply with the standard operating procedures (SOP). Do not play with your life,” he emphasised.

On another issue, Uggah, who is also State Disaster Management Committee (SDMC) chairman, called on all community leaders in the state to cooperate and work together with the state government in battling the Covid-19 pandemic.

“Community leaders, be it of villages, longhouses, town or city, have an important role to play to determine that our people are protected.

“So during this period, if you happened to notice strangers who don’t seem like they are locals appearing in your respective areas, please report to the police,” he said.

He cited an example where a Penghulu in Pusa saw a woman whom he believed was not from Pusa nor was she a Sarawakian.

“So he reported this to the police and upon investigation, they found out that she is actually an illegal immigrant. This is the role we want our community leaders to play,” he stressed.