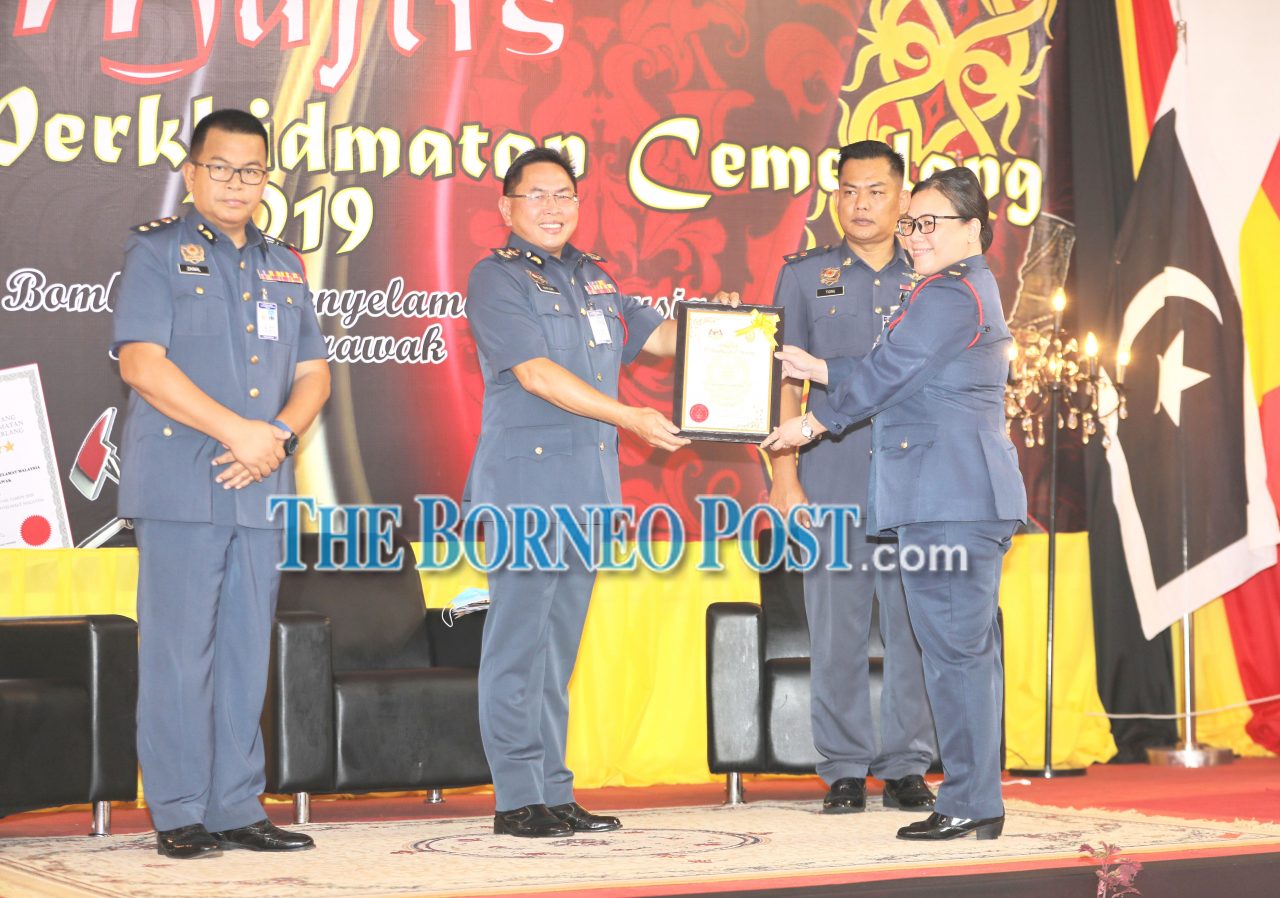 KUCHING: The Excellent Service Award (APC) recipients from the Fire and Rescue Department (Bomba) Sarawak finally received their certificates during a ceremony yesterday, which should have been held earlier this year but had to be postponed due to the Covid-19 pandemic.

Bomba Sarawak director Khirudin Drahman said the APC presentation event had to be held two times – the one here yesterday and another in Miri next month – in compliance with the standard operating procedure (SOP) of not having too many people in an event at one time.

“We have 113 APC recipients and today (Friday), we are handing the awards to 62 recipients from Kuching, Kota Samarahan and Serian zones, and also from Akademi Bomba Sarawak. The remaining 51 recipients will receive theirs in Miri on July 10,” he said at the event, held at Bomba Sarawak headquarters yesterday.

The awards were presented as a sign of recognition and appreciation to those who had performed well throughout 2019 based on the set key performance indicators (KPI), he said.

Meanwhile, Khirudin said throughout the period from the enforcement of the Movement Control Order (MCO) on March 18 up to the present Recovery MCO (RMCO), 1,323 public sanitisation operations had been carried out.

Moreover, 515 premises such as supermarkets, government offices, banks, construction sites and places of worship had been inspected for compliance with SOP under the RMCO.

Asked about the progress of the construction of the new Bomba stations in Bintangor, Belaga, Sibu Jaya, Lutong and Asajaya, Khirudin said all projects were back on track.

“The works were disrupted due to the pandemic – these projects were supposed to reach completion by the year-end. Now with the works resuming, they should be ready by next year.”

According to Khirudin, Sarawak would need 50 Bomba stations for ideal coverage, but due to financial constraints, such target had not been reached yet.

Barring the five still are still under construction, there are 34 fully-operational stations across the state to date.