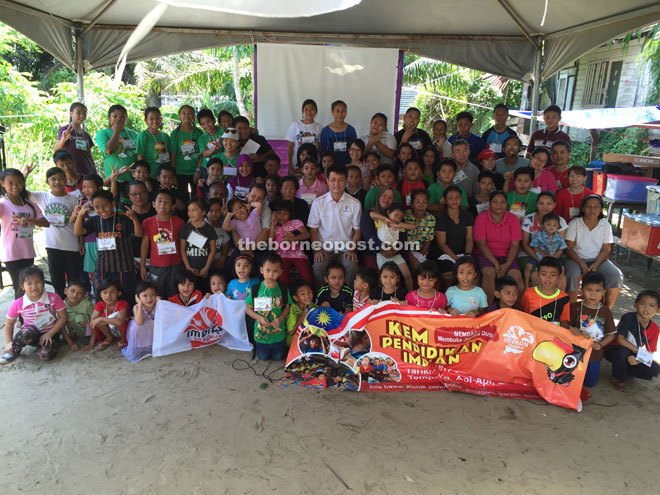 Ling (seated seventh right), pupils and parents at the camp.

The three-day Impian Education camp organised by DAP Miri and DAP Impian Malaysia from March 23 to 25 ended with a cultural night performed by participants for the closing ceremony.

He said seven volunteers had come from around the country to become ‘teachers’ for 3 days/ 2 nights at the camp and they stayed in the village to experience the life of the squatters who have lived there for decades with poor amenities, shared piped water, and using electric generators for power because there is no proper electricity supply.

Ling said the programme will continue as part of DAP’s commitment to the community.

While thanking well-wishers and donors for their support for the programme, he especially took note of the volunteers who had willingly spent their time, money and energy for kids in squatter areas.

On another matter, Ling who is also state DAP secretary, called on the government to look into providing electricity to all the surveyed squatter houses while waiting for relocation.

Ling said he had actually raised squatter issues numerous times in the DUN sitting but despite the declared pledges of achieving zero squatters, there are still squatters around.