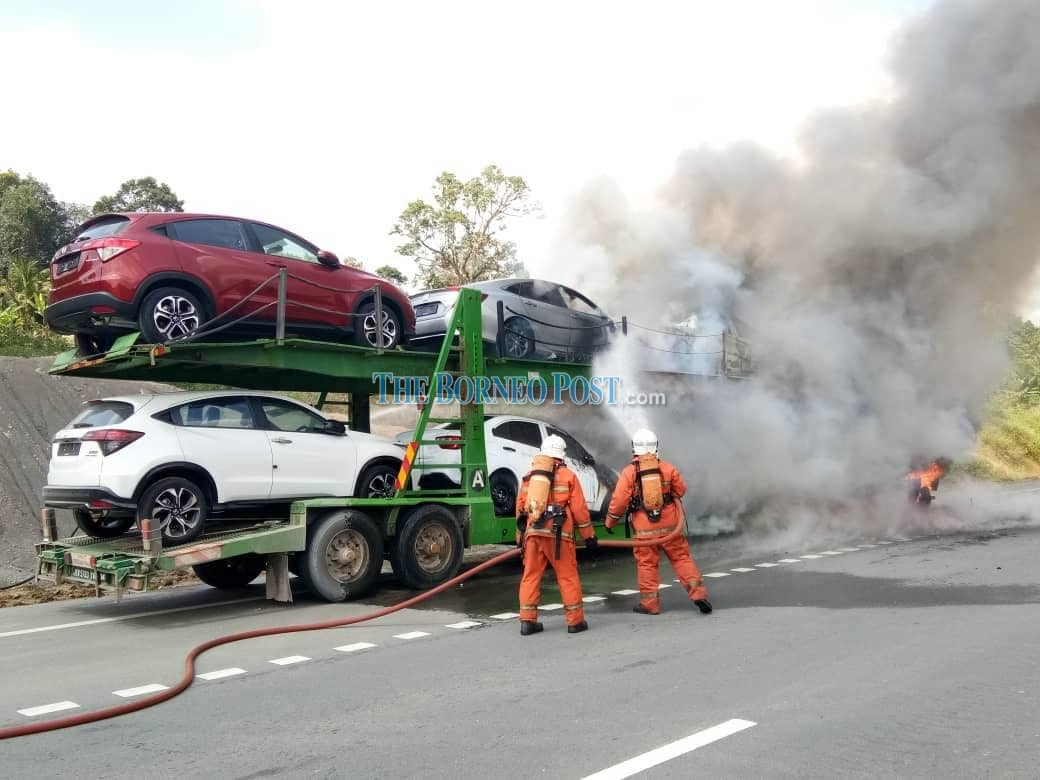 Firemen working to put out the raging fire, saving two of the eight vehicles on the trailer.

The cars involved were the trailer truck itself, one Honda Civic, three Proton Sagas and two Honda City’s.

The other two cars that were spared from the blaze were Honda HR-V’s.

He added that 12 firemen were dispatched to the scene in a fire engine after received a distress call about the incident.

Christus said the firemen managed to bring the fire under control within 30 minutes, keeping it from destroying two other cars.

The fire was completely put out at 3pm and no injuries were reported in the incident. Authorities are currently investigating the cause of the fire. 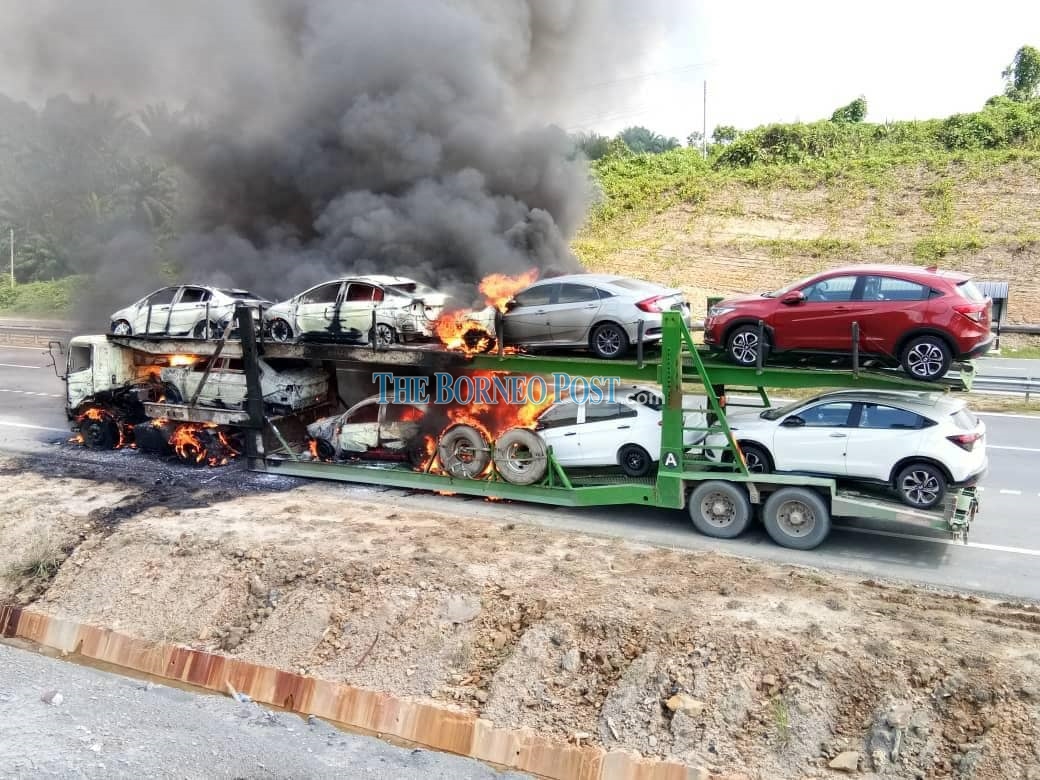 Six brand new cars were destroyed in the blaze.