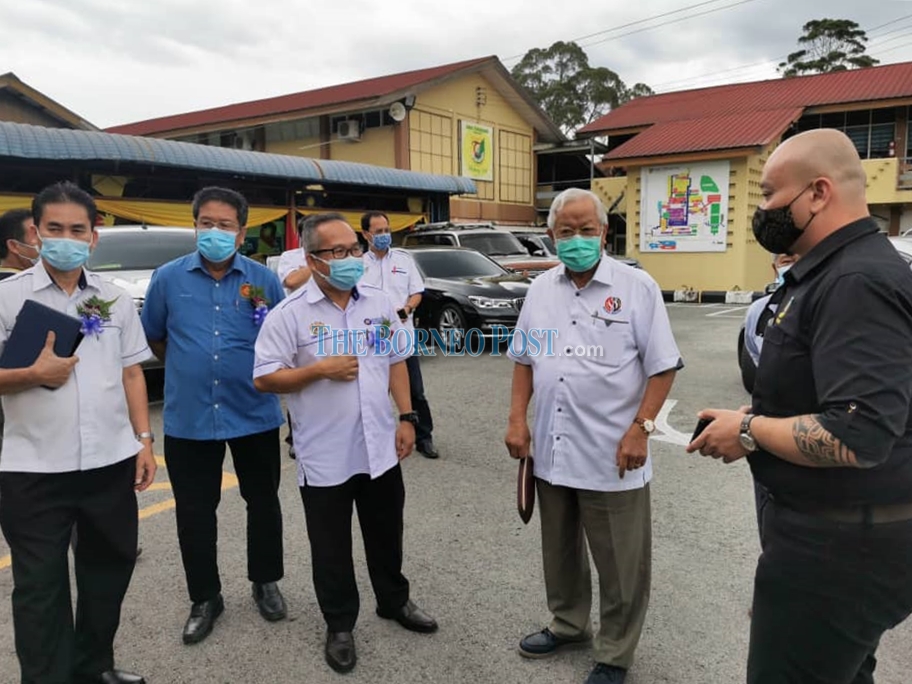 SERIAN (Aug 26): The five residential international schools to built in the state will not be an empty promise made by the Gabungan Parti Sarawak (GPS) government, said Education, Science and Technological Research Minister Dato Sri Michael Manyin Jawong.

He explained that the launch of the first international school at Mile 12, Kuching – Serian Road was actually supposed to be held on Aug 6 but was postponed as advised by the Sarawak Disaster Management Committee (SDMC) due to the spike in Covid-19 cases in Kuching at the time.

“We have planned five international schools – one at Mile 12, another one somewhere in Kuching – Samarahan, a third one in Sibu, a fourth one in Bintulu and the fifth one in Miri.

“But we are not going to build five at the same time because each school has a capacity of 100, so what we will do is we build one first followed by the other schools in the following years. Once one school reaches its capacity, the students will transfer to the other school.

“This is not ‘janji air liur’ (an empty promise). We were supposed to launch the first one on the Aug 6. But because of directive from SDMC, we have move the launching to sometime in September. As far as Sarawak is concerned, we are ready to do this,” he told reporters after the presentation of Yayasan Sarawak school uniform vouchers at SMK Tebakang hall today.

Manyin was explaining a remark made in his speech earlier, touching on comments made on social media by netizens who have branded the proposed residential international schools as ‘air liur’ projects by the GPS government.

Based on recent media reports, the schools would be constructed at a cost of RM60 million each, while a company owned by Yayasan Sarawak will manage the schools.

Chief Minister Datuk Patinggi Abang Johari Tun Openg had also been quoted as saying these schools will accept top students from all ethnic groups in the state while the education syllabus will be based on the Cambridge University syllabus.

On a related matter, Manyin said the proposed Sarawak Science Centre, which was supposed to be launched on Aug 8, was also postponed due to the pandemic.

Despite this, Manyin said the delay would enable any fine-tuning and improvement to be done since such a centre would be “something new” for Sarawak.

He also revealed that the world-renowned Singapore Science Centre has been appointed as the consultant for the project.

“This is something new for us. The Cabinet has already agreed that Singapore Science Centre will be our consultant. There is no other choice, because we cannot make any mistakes (for this project),” he said.