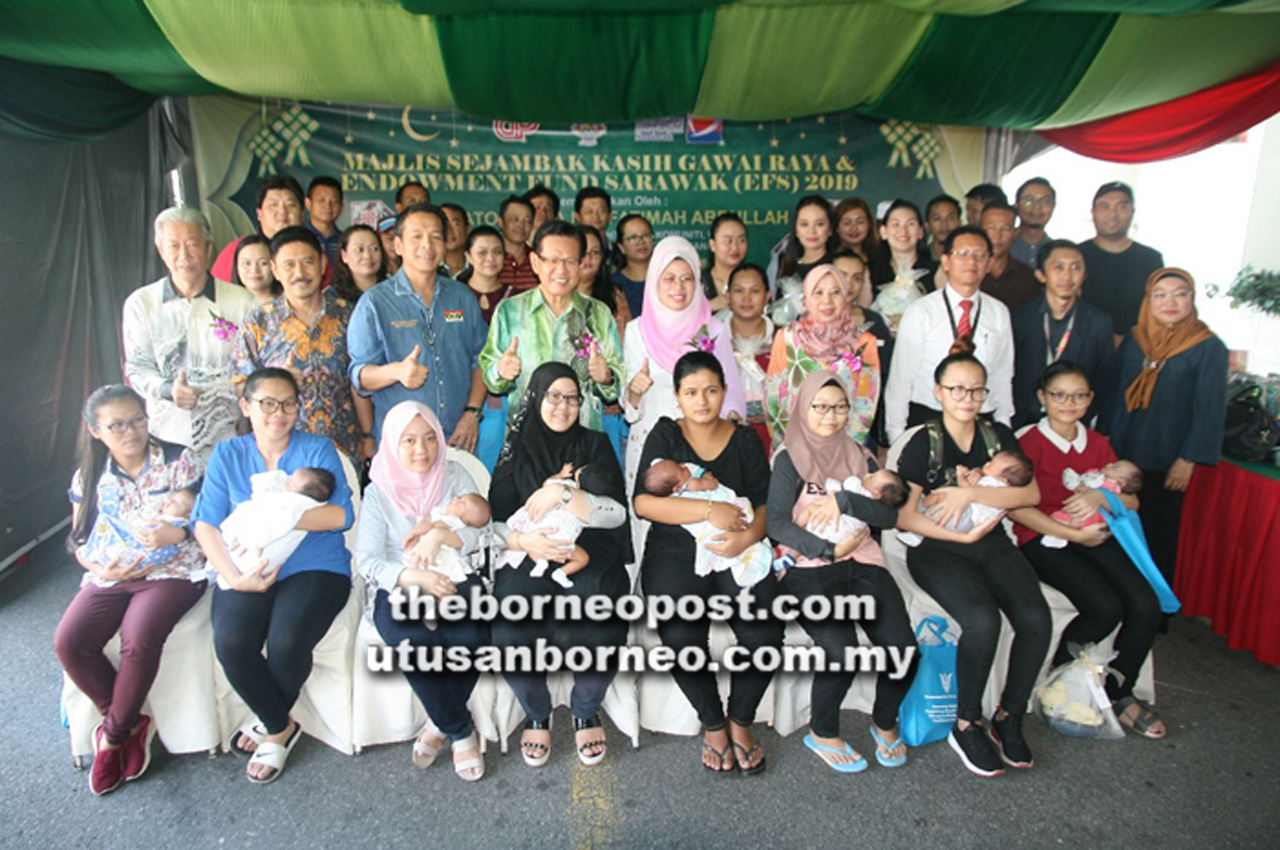 Parents who are among the 43 EFS recipients in a photocall with (standing from left) Pui, Ripin, Dennis, Lee, Fatimah, Rosey and others at the end of the programme. 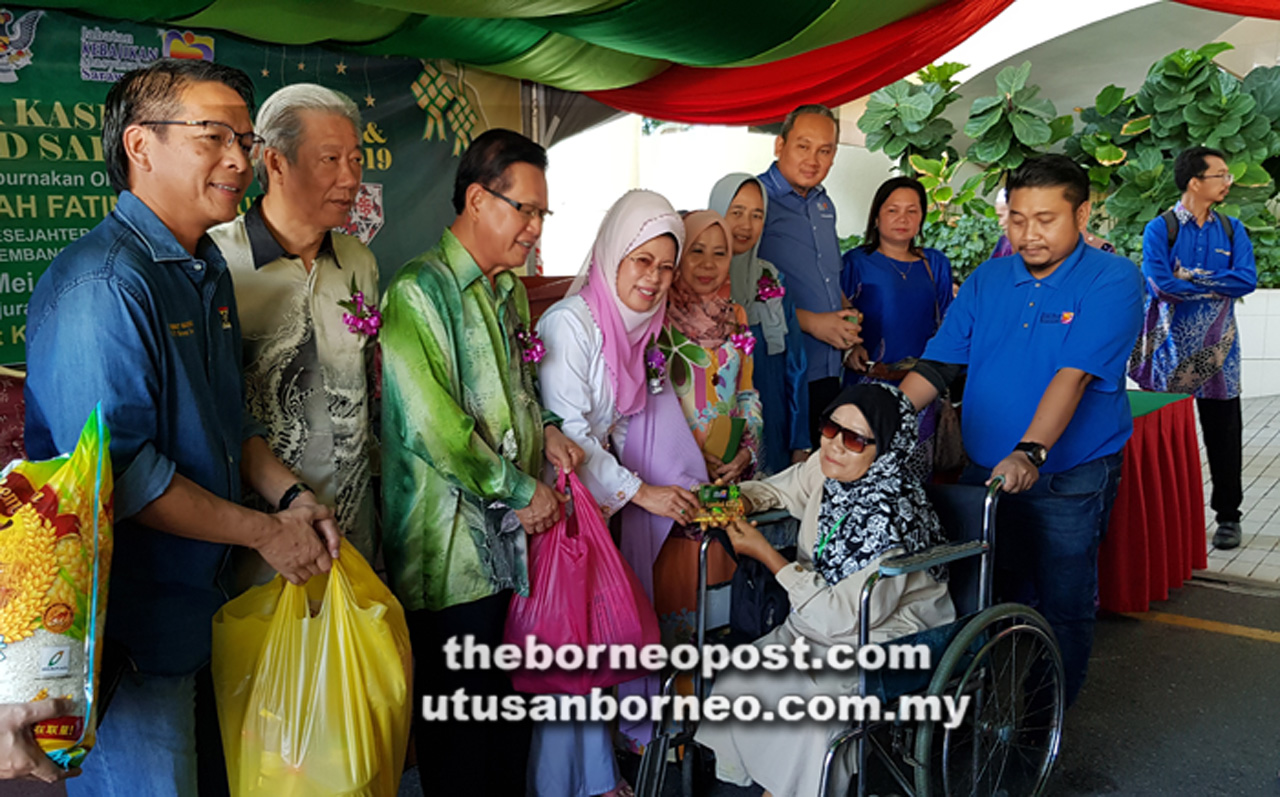 Fatimah (fourth left) presents cash assistance to an elderly recipient while (from left) Dennis, Pui, Lee, Rosey and others look on.

MIRI: The Sarawak government has received 5,070 registration for the Sarawak Endowment Fund (EFS) as of April 25 this year.

Minister of Welfare, Community Well Being, Women, Family and Childhood Development Dato Sri Fatimah Abdullah said parents were given a year after the baby’s birth to register for EFS.

“The EFS forms are placed at the National Registration Department (NRD) since March, and if we look at the attendance of EFS recipients today (yesterday), many fathers are present but not so the mothers because their babies are just a few days old.

“This shows they are aware that when they register their babies’ birth with NRD, they will proceed to register with EFS as well.

“Nonetheless, though the period to register with EFS is a year from the date of birth, it would be best for the parents to register their babies as soon as possible. What we want to stress is that every Sarawakian child is eligible for EFS and we want the parents to be aware of this, “she told the media after launching the ‘Sejambak Kasih Gawai Raya & Penyerahan EFS 2019’ organised by Dynasty Hotel and the Welfare Department here yesterday.

Fatimah said RM1,000 would be given to every child born to a Sarawakian parent (beginning Jan 1 this year), regardless of religion, race, socio-economic status and those born out of wedlock.

“EFS assists parents in preparation for their children to further their studies, to kickstart their careers, or to be used as a start-up fund for those wanting to go into businesses in the future.

“The EFS is managed by Bank Islam, and the cash withdrawal can only be done when the child attains 18 years of age. In the event of a death, the family members can withdraw the amount for the funeral expenses,” said Fatimah.

The EFS forms are placed at all 52 NRD offices throughout Sarawak. The NRD will also verify whether the baby is a Sarawakian, and if the births occur in other states in Malaysia, the EFS registration form must be submitted to the Sarawak NRD headquarters .

Commenting on the ‘Sejambak Kasih Aidilfitri-Gawai Dayak 2019’ programme here, Fatimah said that 200 people would receive RM100 and a hamper worth RM50 each from the Welfare Department, and goodies worth RM150 from Dynasty Hotel.