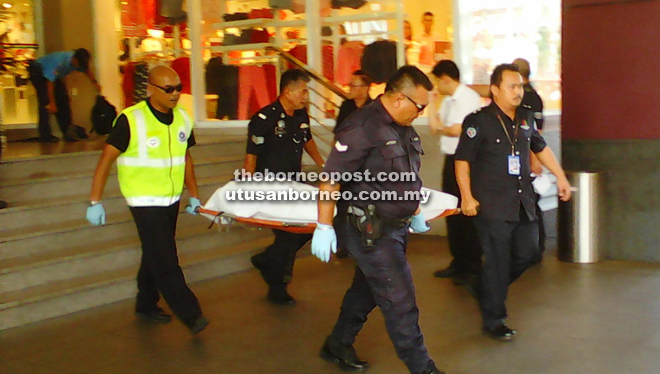 Off to the morgue.

MIRI: Police were called to a shopping mall in the city centre on Friday afternoon after a 31 year-old man collapsed and died at the mall’s entrance.

According to a friend of the deceased, prior to the incident they were sitting nearby at the mall’s entrance. “I sat with him at the entrance for a few minutes before I decided to walk home, but he then suddenly collapsed,” he said.

Emergency services were called to the mall around 3pm, but he was pronounced dead at the scene. The deceased has been identified as Bartholomew Lian Bilong of Desa Indah 2 here.

Police has ruled out foul play and the case is being classified as sudden death. The body was taken to Miri hospital morgue for a post mortem.