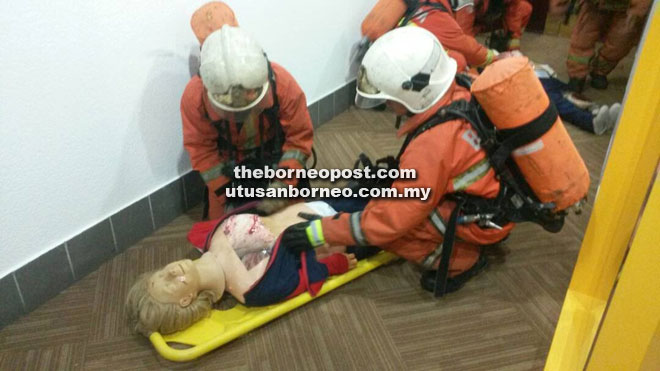 Firemen attend to the ‘trapped victims’.

The evacuation exercise began at 9am after a ‘bomb explosion’ and a ‘fire’ broke out at the third floor of the building with three ‘victims’ were trapped at the scene and ended about an hour later.

A total of 300 Shell personnel were involved in the exercise.

Twenty-one firefighters from Lopeng Fire and Rescue Station along with one Fire Rescue Tender (FRT) machine, one Emergency Medical Rescue Services (EMRS) vehicle, one Urvan van and one Isuzu D-Max pickup were deployed in the exercise.