‘24-hr petrol stations, factories in Zone 1 can operate as usual’ 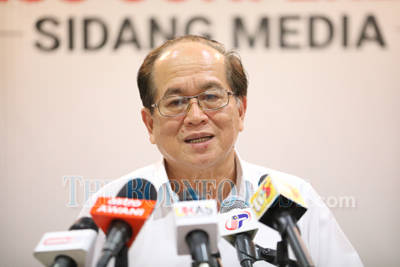 Uggah updates the press on the Covid-19 situation in Sarawak.

KUCHING: Petrol stations and factories which operate 24-hours are allowed run their operations as usual from Aug 1 to 14 in Zone 1 areas in Sarawak despite the reduced operating hours imposed by the Sarawak Disaster Management Committee (SDMC).

SDMC chairman Deputy Chief Minister Datuk Amar Douglas Uggah said this was decided yesterday after a lengthy discussion on the matter during the committee’s meeting.

For 14 days starting tomorrow, businesses in divisions under Zone 1 are only allowed to operate from 6am to 10pm.

“If at present they operate for 24 hours, they can still operate 24-hours from Aug 1 to 14, but they must first give notification to SDMC,” he said at the committee’s press conference here.

Zone 1 includes districts currently classified as Covid-19 red and yellow zones, while Zone 2 is made up of green-zone districts.

To a question, Uggah said the decision to allow certain 24-hour businesses to operate as usual does not include 24-hour convenience stores and food courts.

“The reason why we decided to shorten the business operating period is because we found that in some places like restaurants and supermarkets, it was difficult for the people there to practise social distancing.

“We hope with this reduction of operating hours, the enforcing of social distancing rule will be better observed. At the same time, we hope this type of ruling will make people more aware that the situation is not back to normal yet, and since it is not back to normal, we must act in the new norm.

“It is not meant to give you problems. We hope that by all these measures, the curve will be flattened and the problem will be resolved, and we will go back to normal,” he said.

Uggah also hoped the people will not ‘ronda-ronda’ (leisurely move about) during the reduced business hours period, and also to avoid being too close to each other in public places.

“For example, if there are a few of you still sitting at the coffeeshop and not observing social distancing, then the police will take action,” he said.

He also called on those who like to go for cycling activities to avoid carrying out such activities after 10pm.

“We advise them now, please, we are not in a normal situation. So let us, everyone, sacrifice in one way or another.” The reduction in business operating hours in Zone 1 was announced by SDMC on July 27 following a spike in Covid-19 cases in Kuching and its surrounding areas.