2020 a year of challenges for Miri, says Lai 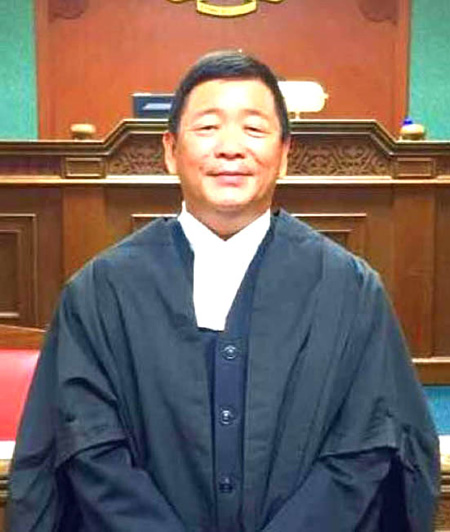 MIRI: The Miri City Day celebration on May 20 will be a memorable one for many Mirians, not only because of the Movement Control Order (MCO) and Covid-19 pandemic but also the many challenges they endure since beginning of this year.

Former mayor Datuk Lawrence Lai Yew Son when conveying his wishes to all Mirians hoped that Miri City will continue to be a green zone.

“In my context, the green zone here comprises two meanings – one would be to be permanently free from Covid-19 positive cases, and secondly would be keeping our city ‘green’ – away from public health hazard such as dengue, rabies and other diseases and environment hazards,” said Lai in his message.

This year 2020, he iterated, is supposed to be a year full of hope that Malaysia will become a developed and modern country.

“However, in view of the Covid-19 pandemic, we are nowhere near our expectation; instead the economy is going downhill with recession expected to happen with major unemployment possibly happening.

“To hear the lamenting by the local businessmen of their struggle in coping with the major drop in their businesses, perhaps, it is time for Mirians to be more alert on what is happening and enduring it.”

Lai opined that Miri and its industries should focus on five main points in order to endure the slump in economy, as he feels positive that once the economy slowly recovers Miri would thrive like its glory days or even better.

“For years, Miri has been promoted as a resort city. This year is named as the Visit Malaysia Year which should also be a good year for Sarawak to further boost its tourism industry.

“Unfortunately, the pandemic has resulted in a lot of countries restricting their borders, and minimising travelling to almost zero. Even Brunei is still closing their border which directly affects Miri’s economy.

“The domino effect from the pandemic hits hard on all sectors relating to tourism, such as food and beverage (F&B) industry, hoteliers, entertainment, among others.

“Instead of politicking issues and fighting over power, which we have seen in the past three months, we hope to see what the government could do and what is the alternative they could offer, enabling the tourism in Miri and the state to pick-up again,” said Lai.

Miri achieving the city status, he added, is not the only thing that made it significant.

“As the first location in the country where oil was found in 1910 at Canada Hill, Miri is best known as the birth of oil and gas industry in Malaysia. It has been two years since Petroleum Sarawak Berhad (Petros) was established, yet we have not seen any obvious change brought by Petros to Miri.

“I could have missed out any update, but it seems that not even an (Petros) office was set up here to spearhead any downstream development which could bring any benefit to Mirians. Still, I hope the future development from oil and gas would benefit the people here.”

Lai stressed the importance for the government to focus on developing deep sea port and shipbuilding in Miri, as having own port could largely reduce the cost of transportation which also has a domino effect on prices of goods.

“At the same time, it is also a good time for the government to spend on infrastructure projects such as the Pan Borneo, coastal road and rural roads linking the rural areas to urban areas. The downtime shouldn’t be used to just linger doing nothing. When used effectively by upgrading these infrastructure, it actually helps in providing employment to locals and also boosting the economy.”

Lai urged Mirians to make good use of the internet, learn to transform their businesses from offline to online as the MCO had actually boosted online shopping.

“Miri has been chosen as the pilot Smart City project. The term ‘Smart City’, I believe, partly means upgrading the internet. Instead of sitting doing nothing, it would be good to make good use of the time learning to upgrade and transform your businesses, which would bring more benefit than you could imagine,” said Lai.

The former mayor also hoped that all Mirians could continue to give their full support in protecting and ensuring Miri to be free of Covid-19 positive cases as well as work towards thriving Miri to become one of the best cities in the country.