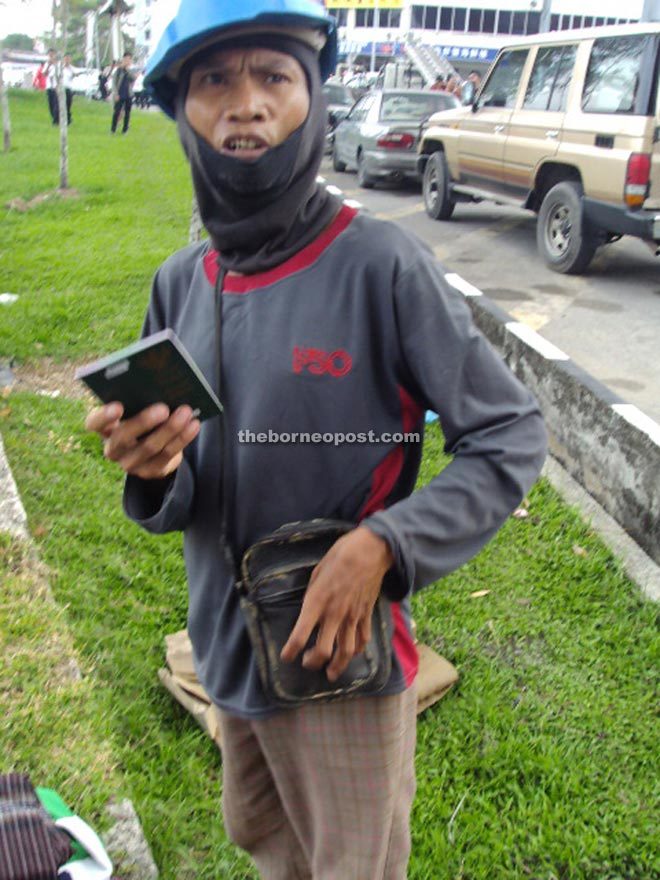 Syahninan holding dearly to his passport. 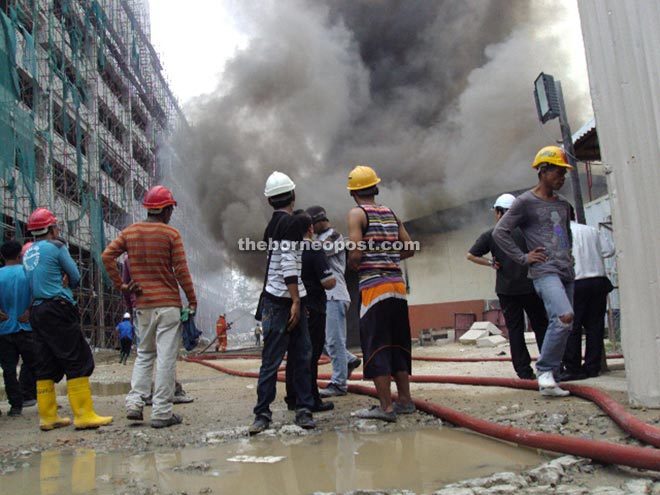 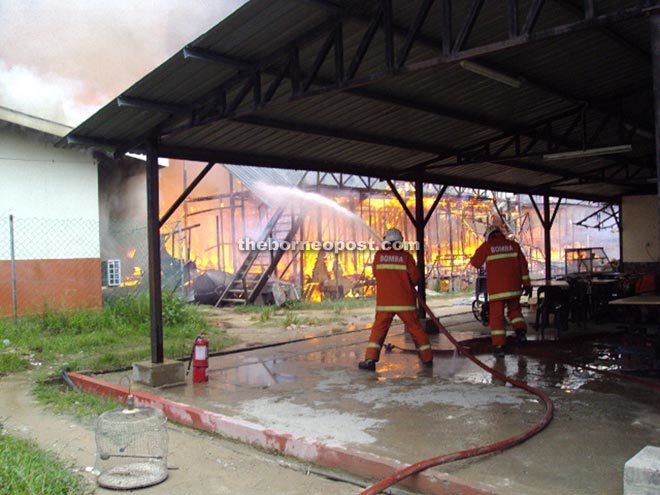 Firemen trying to douse the flame.

MIRI: More than 200 workers of a construction site at Miri Waterfront commercial centre will have to put up somewhere else because fire razed their double-storey wooden barracks yesterday.

No one was hurt as most of the workers were busy with work at the yet-to-be completed building.

Even though the fire spread very quickly, most of the workers managed to salvage clothing, some personal items and their passports.

“My friends and I were working on the 15th floor of a block not far from the barracks when we spotted plumes of smokes billowing from the barracks,” said Yosep Tote, 37, when met by The Borneo Post at the scene.

He added that he immediately raised the alarm.

“I only managed to salvage five rosaries from my room and several clothing. Unfortunately, I could not get to my Holy Bible,” said Yosep.

Fellow worker Syahninan Said was spotted running out of the burning barracks clutching his clothing.

He said he was thankful his passport was not smoked.

Some witnesses claimed the fire started at the upper-floor of one of the barracks.

Twenty-one firemen in two fire engines from Miri and Lopeng fire stations, led by deputy fire chief Ali Bema, rushed to the scene when the distress signal was raised at 2.02pm.

The cause of the fire has yet to be ascertained.